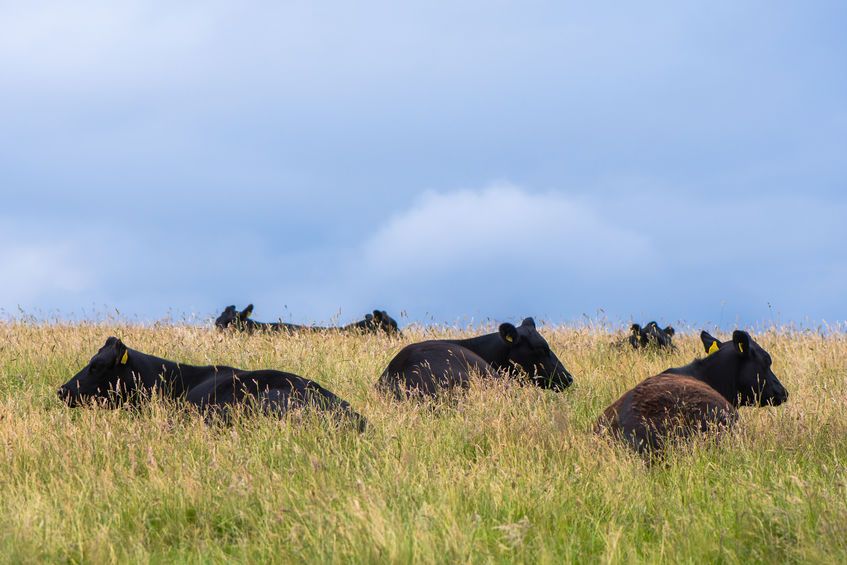 Farmers are being advised to take steps to combat summer mastitis following confirmation of a large number of cases in the UK.

Summer mastitis tends to occur during the warmer months in dry cows and heifers at pasture.

It differs from other types of mastitis in several ways, and is classed neither as contagious nor environmental in its origin. It is often called 'August bag'.

Initial symptoms are a swollen, painful teat or quarter, and can be easily identified by careful observation.

A beef expert at Scotland’s Rural College (SRUC) has highlighted the importance of checking cattle.

“Although everyone is flat out trying to bring in the harvest, it is essential stockpeople pay careful attention when checking cows.

“Animals away from the main group, hungry calves, and swollen teats and udders, are obvious signs of a problem which needs immediate investigation, as the earlier the problem is identified, the greater the chance of saving the area.”

Dr Lowman said the animals most at risk are dry cows, but with levels of infection so high this year, cases are occurring in heifers and even the occasional stock bull and steers.

He also said that while cows with calves are not considered to be at risk of summer mastitis, they can become susceptible within two to three months of calving, when they dry themselves off by preventing the calf suckling.

“The most important thing to do is to graze susceptible animals in exposed fields away from trees and open water where flies breed,” he said.

Once a case of summer mastitis occurs, the level of infection carried by flies increases dramatically as they land on an infected area and then fly off to a neighbouring cow.

“The best way to avoid this is to bring all infected cows indoors, which will be necessary in any case if they are to be treated,” said Dr Lowman.

Preventing flies from settling on cattle, and particularly around the orifice at the end of the teat, can be achieved by:

• Teat sealants: these are squeezed into the teat canal – similar to tubes of antibiotics, but longer-lasting and cheaper. It is essential the end of the teat is carefully cleaned and disinfected before the tube is inserted.

• Stockholm tar: an old-fashioned remedy with the tar forming a physical barrier over the end of the teat. However, it is difficult to apply and to be effective, needs replacing weekly. An alternative is to use polyurethane varnish as a teat dip

• Spray: use one of a number of products on the market aimed at deterring or killing flies

Insecticide ear tags: for best effect, they need to be applied in early spring to kill as many flies as possible while numbers are relatively low

• Garlic: naturally occurring sulphur compounds in the ingredient seep out through pores and sweat glands, acting as a repellent to flies and other biting insects