Options for migrant workers in the British farming industry 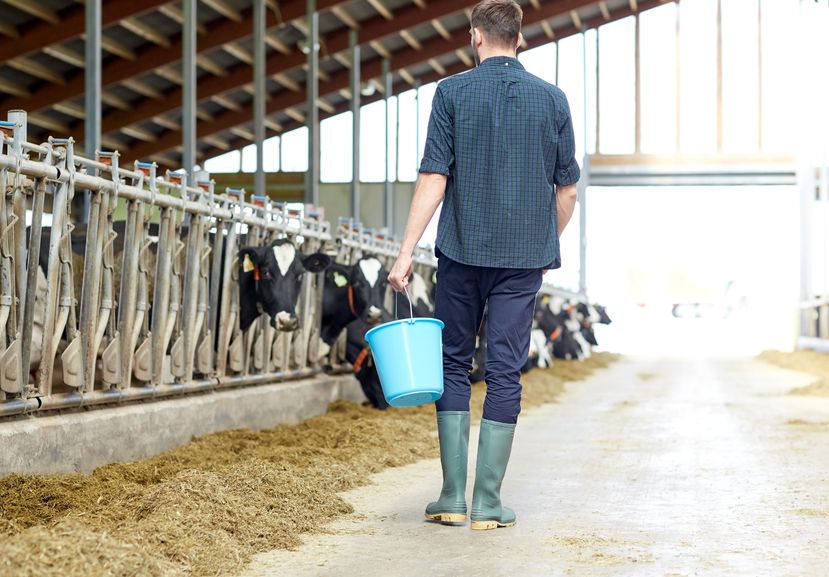 Brexit will have implications on the farming industry and the options available for EEA migrant agricultural workers now and in the near future. Luna Williams, of the Immigration Advice Service, writes the following...

At the National Farmers’ Union (NFU) meeting earlier this month, the Environmental Secretary, Michael Gove, acknowledged the clear need for foreign workers to be allowed access to the UK to fulfil farming jobs.

With recent statistics showing that returning seasonal workers are down by almost 50% this year, farmers in the agricultural, horticultural and dairy industries in particular are reporting severe labour issues, with some speculating that many EU workers are choosing to take on roles in other EU countries due to Brexit.

So what does this mean for the British farming industry and what options are there for migrant farming professionals, either currently undertaking or hoping to work in the UK now and in the near-future?

Fortunately for nationals of countries within the European Economic Area (EEA) who are looking to take up long-term work in the farming sector over the next few years, a paper policy was released in February which stated that these workers will still be eligible to gain settlement in the UK provided they come before or during the ‘implementation period’.

This period refers to the time following the UK’s official departure from the EU (currently set as 29th March 2019) during which new immigration policies will be implemented.

The period is currently estimated as “roughly two years”, but there has been some talk of extending it, depending on the outcome of the Brexit negotiations.

This means that any foreign workers fulfilling skilled role in the UK during this time – in roles such as Skilled Tractor Driver, Sprayer Operator or Herd Manager for example – will still be eligible to qualify for British Citizenship.

The application procedure for citizenship involves passing a ‘Life in the UK’ test as well as an English Language Test and, if successful, makes someone exempt from any immigration policies imposed by Brexit.

For those who are currently outside the UK and looking for work in the British farming sector, there are various other options available.

Again, the best option will depend on the type of role being filled, the skills it requires and the contract length.

As it stands, anyone from outside the EEA looking to work in a permanent, skilled role can do so under a Tier 2 Work Visa.

This includes those applying for any roles in Agriculture, Horticulture, Dairy Farming and Livestock Farming which require any particular skill-set or qualification.

Anyone applying for this kind of visa must bear in mind that their prospective employer or company must hold a Tier 2 Sponsor Licence and that they must also meet the English language competency requirements.

This type of visa lasts for a maximum of six years with an extension and, during this period, the holder is eligible to apply to settle in the UK.

According to current Free Movement policies, EEA nationals are, for the moment, allowed to take on seasonal roles in the UK without having to meet any visa requirements.

However, with these policies set to change after Brexit, many are concerned about the skills defacit this will leave in the British farming sector.

This issue mainly affects the agricultural industry, in which roles such as Fruit Picker are made up of around 90 per cent EU migrant talent.

This issue was highlighted by the chair of the NFU’s horticultural team Ali Capper at the recent NFU meeting, who called solving the need for workers in fruit and vegetable picking roles a “mission critical for 2018”.

While Mr Gove responded with an acknowledgment that Ms Capper and others had made “strong and compelling arguments” and that “in the future, we will need to look further afield” this was met with frustration from members of the union.

“We just need action”, Ms Capper said, “without wanting to blaspheme, I’m sick of hearing ‘we understand the issue, we know you need access to non-EU and EU workers’.”

For many, the most appropriate action would be to reintroduce the Seasonal Agricultural Workers Scheme. This scheme, also known as SAWS, was abolished in 2013.

However, many farming professionals are calling for it to be reinstated as soon as possible.

This process would allow for seasonal workers to enter the UK for temporary periods to complete unskilled seasonal work in the agricultural industry, and then return home when they are finished.

Although it is unclear whether this scheme, or a modified version of it, will be introduced after Brexit, it is clear that some sort of action is needed if the British farming sector is to continue to thrive after Britain leaves the EU.

With the sector’s skills-gap increasing annually, it is crucial that foreign talent is encouraged to fill it and that options are readily available for those who want to.