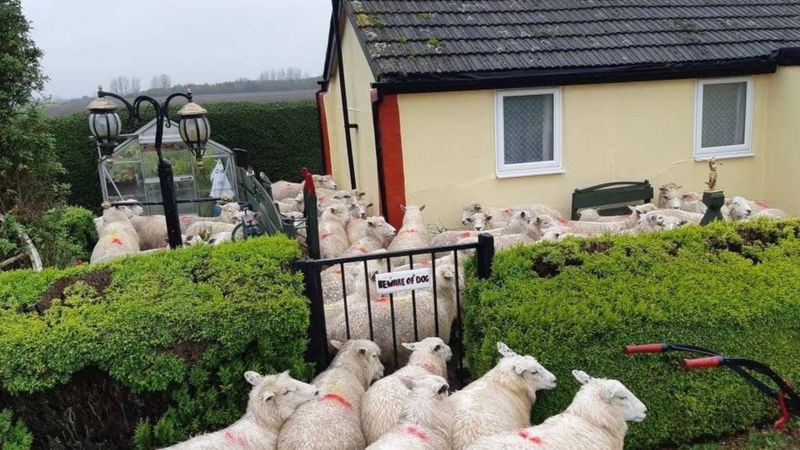 The public have been told to keep dogs under control when near livestock (Photo: Cambridgeshire Police)

Police have urged the public to keep dogs under control after dozens of sheep were chased out of their field and into a garden.

The sheep were forced out of their field following the livestock worrying incident, which happened at about 11:50 GMT on Tuesday (27 October).

The animals 'sought refuge' in a private front garden in Gorefield, Cambridgeshire, the police said.

Officers were called to the house, and the dog owner was given 'words of advice'.

Fenland Police confirmed that no sheep were injured in the incident.

"Not something we see everyday, but we were in Gorefield earlier to round up a flock of sheep that had sought refuge in a garden," the force said on social media. 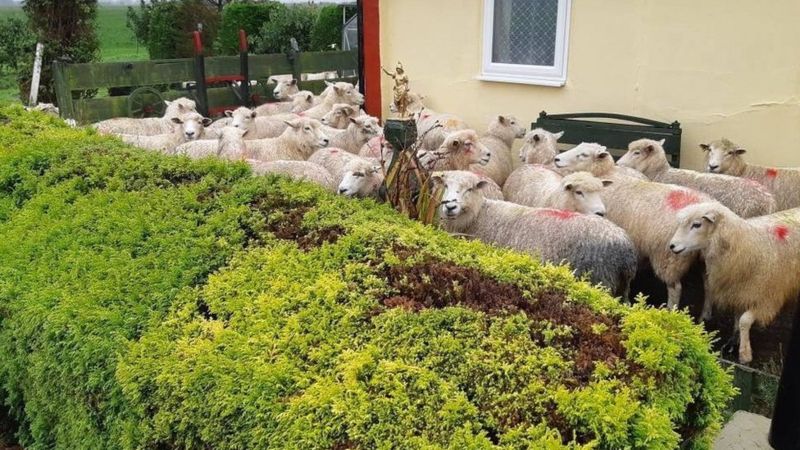 "It is really important to keep dogs under proper control at all times, even in a rural setting.

"It is an offence to worry livestock - the owner of the dog has been identified and words of advice given."

Despite sharp falls in Scotland, Wales and Northern Ireland, rises in England contributed to the continued high cost of attacks.