Over 100 sheep illegally butchered since March 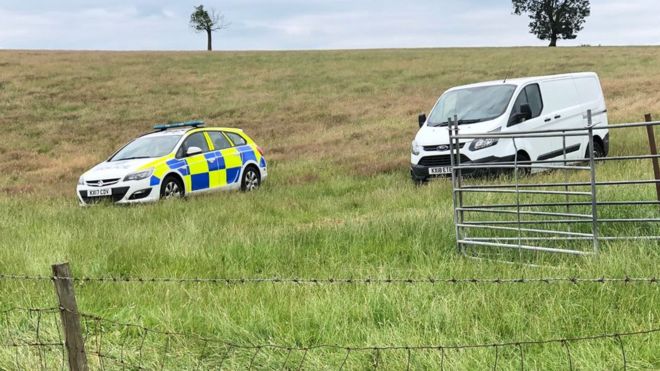 Dozens of sheep have been stolen and slaughtered at a considerable loss to local farmers (Photo: Northamptonshire Police)

More than 100 sheep have been illegally slaughtered since March in Northamptonshire alone, estimates show.

Around 130 local farmers attended a meeting organised by the NFU and Northamptonshire Police on Wednesday night (17 July).

The event looked at the spate of illegal sheep butchery hitting the county, which has seen five incidents of the crime in just under two weeks.

Estimates by the NFU show that more than 100 sheep have been butchered on farms in the county since March.

The latest incident happened on Monday (July 15). Nine lambs were illegally slaughtered at a farm in Clipston.

Meanwhile, the police have received at least five reports of animals being killed and butchered in their fields overnight, including incidents in Crick, Whilton, Kelmarsh and Rushton.

At the meeting in Thornby, farmers were updated on the progress of the police's investigations into the crimes.

He said the turnout of the meeting showed the 'scale of interest in the problem'.

“I hope that explaining how our investigation is structured has provided further reassurance to the community about how seriously we’re taking these crimes, and we’re aware that there is a lot of speculation about who is responsible.

“The force remains open-minded about what is happening and why, and we continue to appeal for anyone who sees or hears anything which could be relevant to get in touch with us by calling 101, or 999 if you believe a crime is in progress, quoting Operation Stock,” he said.

Harriet Ransom, NFU county advisor for Northamptonshire, added: “That more than 100 people came to this meeting at the start of harvest on a clear day shows the impact that these crimes are having on the farming community.

“The concerns around animal welfare are huge, and families living on farms are also naturally concerned about possible risk to themselves as well.

“The NFU is very grateful to Northamptonshire Police for its quick reaction to these crimes, and we appreciate that the force has a dedicated Rural Crime Team, which is something we’d like to see replicated in forces across the country,” he said.