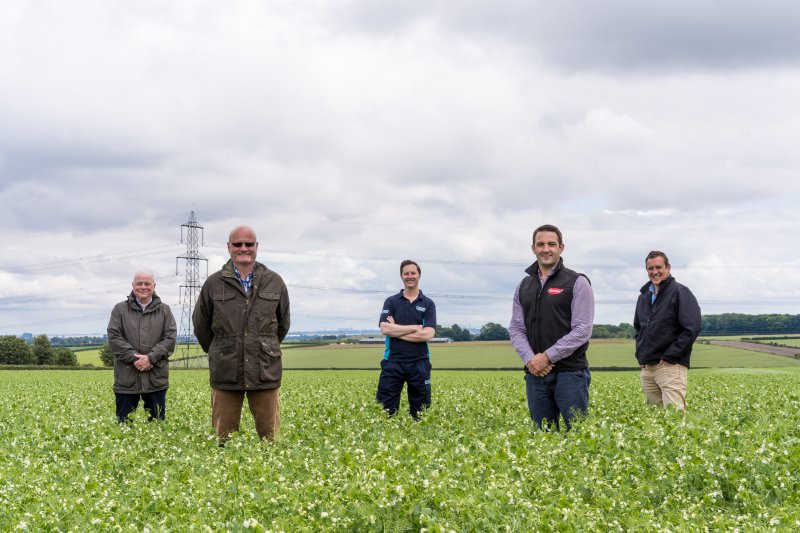 Over 40 Yorkshire farmers are taking part in an environmental project that could help return atmospheric CO2 to pre-industrial levels.

As well as having the potential to counter the effects of climate change, the Sustainable Landscapes Humber project could also reduce flooding and improve soil health.

At its core are farmers from East Yorkshire and North Lincolnshire, based in the Yorkshire Water catchment area, who grow peas for Nomad Foods-owned Birds Eye.

The farmers are growing cover crops in the window between harvesting peas and sowing their next food crop.

Trials funded by Yorkshire Water show that cover crops can increase soil organic matter by up to 40 tonnes per ha, which can sequester nett over four tonnes of atmospheric carbon per year.

As soil organic matter has fallen by 50% over the past 60 years, using cover crops to restore these levels has the potential to re-establish soil health and help reverse the rise in atmospheric CO2 levels.

The pre-project trials have already achieved a significant rise in soil organic matter, more than doubling levels in just five years, from 3% to over 6%.

The project is a collaboration between Yorkshire Water, Birds Eye, and supply chain consultancy Future Food Solutions, with other brands joining in as different commodities are grown in rotation.

He said: “In just seven weeks, they generate enough carbon-sequestering organic material to make a significant dent in atmospheric CO2.

“If grown on a global scale, arable farming could become the first sector of the economy to be net carbon zero.”

Mr Walker added that the project could also play a major role in the reduction of flooding in Hull – a notorious problem for the city as much of it lies below the high-tide line.

“Research shows that achieving just a 1% increase in soil organic matter would enable agricultural land to store an extra 200,000 litres of water per hectare.

“Therefore, this project has huge implications for flood attenuation in and around Hull,” he added.

“Of the inputs that are required, less are leached away into the waterways, making for healthier rivers and watercourses and this has a positive knock on effect on local flora and fauna.”