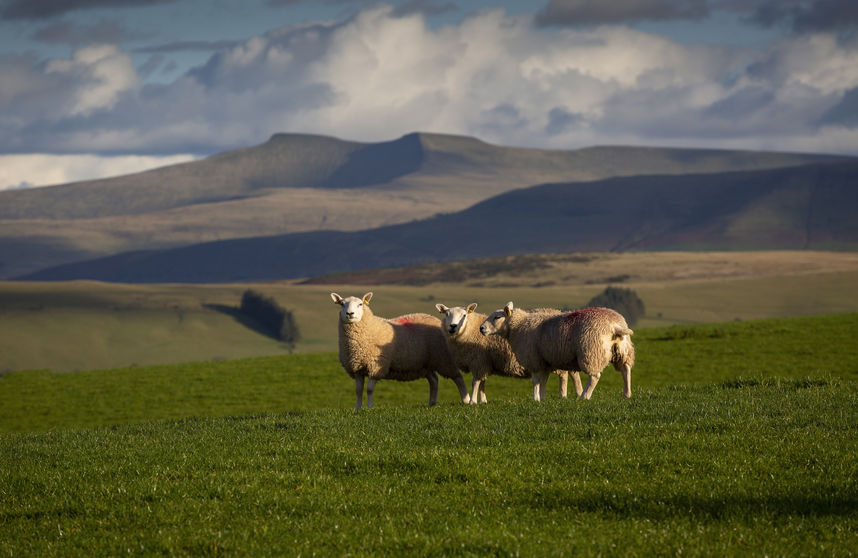 The value of the beef, lamb and pork sectors to the Welsh economy rose in 2020 as consumers turned to local and sustainable food during the pandemic.

New figures from the Welsh government show that the total value of agricultural output in Wales for 2020 is projected to stand at £1.7 billion.

This is a 6.2% - equivalent to £99 million - increase on the provisional figure for 2019, the 'Aggregate Agricultural Output and Income' report shows.

Cattle and sheep account for 44 percent of this total at £750 million, the highest proportion recorded since 2016.

The agricultural output value for Wales’s pig sector also increased - by 34.3% or £2 million - to a value of £8 million.

The figures reflect the strength of the Welsh livestock sector, and sit in contrast to Total Income From Farming (TIFF) figures for the UK as a whole newly released by Defra.

Although the TIFF figures are a different form of measuring farm production, the UK data concurs that the livestock sector has had a strong year.

However, in other parts of Britain, this was more than offset by poor harvests in the arable sector.

Demand for beef and lamb have been strong in the domestic retail market since the immediate aftermath of the first Covid lockdown in spring 2020.

Over the past 12 months, domestic retail sales of lamb and beef have trended consistently higher, with spending of lamb 20% higher than the previous year.

Research shows many demographic groups, including families with children, buying more beef and lamb than previously, and turning to quality home-grown produce.

HCC data analyst Glesni Phillips said demand for meat helped drive market prices for beef and lamb at Welsh livestock markets in the second half of 2020 and into 2021.

“It’s no surprise, therefore, to see that the overall value of the industry is projected to have grown," she said.

"We have seen inflation in the costs on farmers, which offset some of the gains from improved market prices, however it’s heartening to see consumers’ support for quality Welsh produce.

“Welsh Lamb and Welsh Beef remain key drivers of our rural economy, and given their excellent brand reputation, they act as flagship products for the growing Welsh food and drink sector.”

Further analysis of the aggregate output and income figures for Welsh farms are available in HCC’s online monthly market bulletin.