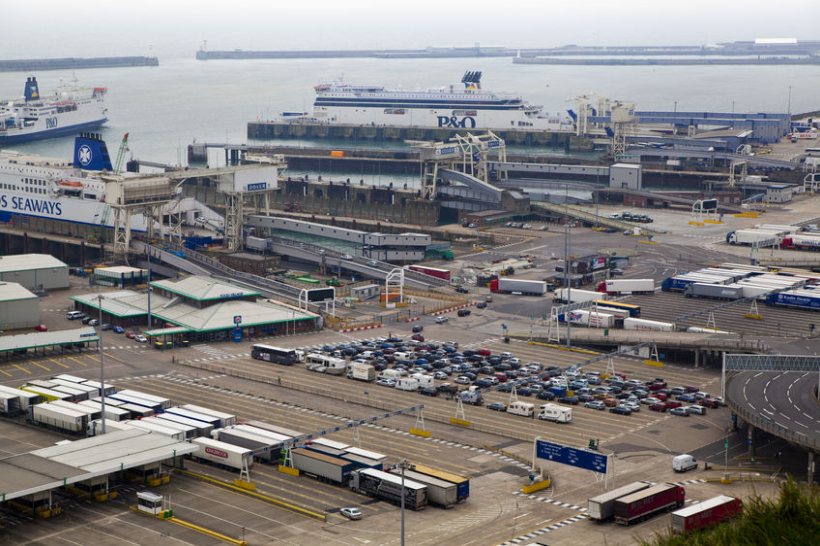 New barriers to UK-EU trade will be 'structural and long-term', peers have warned in a new report

Peers who sit on the EU Environment Sub-Committee are 'dismayed' at the growing food and farming trade friction many businesses are experiencing post-Brexit.

In a new report, they say that UK agri-food firms are facing 'structural' barriers to trade with Europe, including more paperwork and higher transport costs.

Some exports such as seed potatoes 'have come to a complete halt' following the end of the Brexit transition period.

And trade in food and agricultural produce between Britain and the EU will suffer even more if policy differences lead to tariffs and more checks, the report warns.

Peers have called on both sides to 'thoroughly assess' potential trade barriers as regulations and support for producers and growers are developed.

Systems should be fully electronic, streamlined and integrated quickly to make it easier for businesses to submit documentation.

The sub-committee urges the government to fix problems affecting ‘groupage’ transport - a cost-saving method where several batches of goods are combined in one load.

“The increases in paperwork and preparation required for food and agri exports to the EU are presenting very difficult challenges, particularly for small businesses."

He added that higher haulage rates and issues with groupage and parcel deliveries were putting further pressure on food and agricultural produce exporters.

And despite possible improvements, there were now 'new barriers' to UK-EU relations, with new administrative costs and burdens 'structural and long-term'.

“We are a ’third country’ now as far as the EU is concerned," Lord Teverson said.

"The UK and EU have largely achieved their objectives and now have to accept the consequences - both the good and the inconvenient.”

In the report, peers said they were disappointed that the government and EU did not achieve more on food and plant health measures.