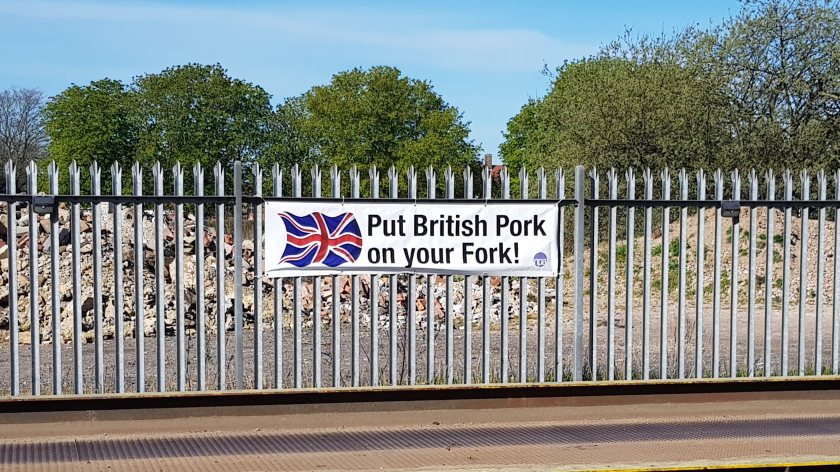 The NPA has sent more than 100 roadside banners to pig producers (Photo: GBPork)

The #PutBritishPorkonYourFork banners, created by the National Pig Association (NPA), have been spotted around the country.

The industry group said they were created to 'help get the important message across the public'.

It has sent more than 100 ‘Put British Pork on Your Fork’ roadside banners to pig producers.

Farmers were then asked to put them up in places where they were most visible to the general public.

The NPA said: "NPA members across the country have been displaying our #PutBritishPorkonYourFork banners, helping to help get the important message across to the public.

ForFarmers is showing its support for #BritishPork by proudly displaying banners at its manufacturing sites ??
The posters are part of a wider campaign by @GBPork and @NatpigAssoc aiming to encourage consumers to search out British pork at this challenging time for the industry. pic.twitter.com/fwcmISFZIV

"Thanks to everyone who has put the banners up and posted or sent us the pics - keep them coming!"

It comes after a recent shelfwatch survey found that retailers were stocking less British pork despite increasing calls to support the sector.

Overall, 79 percent of fresh pork on display was British, compared with 81% in the January survey.