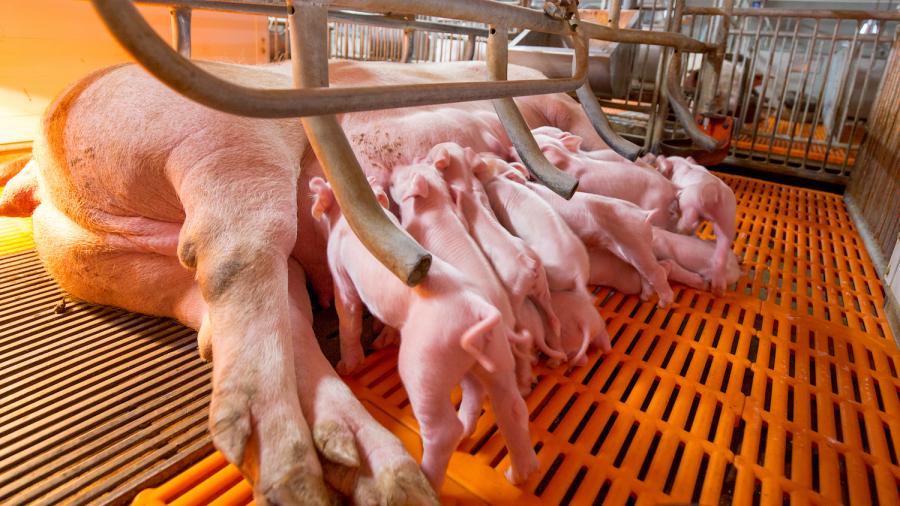 The National Pig Association has challenged CIWF over its 'illegal trespass' on pig farms (Photo: NPA)

Pig producers have criticised Compassion In World Farming for using covert filming on farms as part of its 'End the Cage Age' campaign.

Recent undercover filming of farrowing crates on British pig units has been widely publicised as part of the charity's campaign.

It has also gained over 100,000 signatures on a petition and secured a debate in parliament to ban cages for UK farm animals.

But the pig industry has expressed disappointment that 'such an influential organisation' was using tactics such as covert filming, which included leaving cameras on-site and filming staff.

The group said: “The covert filming of farrowing crates, which are legal and maintain the welfare of piglets, not only normalises the behaviour and encourages others to do the same, it also breaches the biosecurity of the pig unit.”

Pig producers believe any biosecurity can have serious implications on both pig welfare and the health of the herd.

The NPA has highlighted these risks and asked CIWF to cease this practice and instead to work more collaboratively with industry.

“To that end we discussed jointly developing a potential support package with government that would provide financial support for producers who wish to trial free farrowing systems,” it added.

A face to face meeting has been planned for September.

“NPA would strongly oppose any attempts to unilaterally ban the use of farrowing crates as they serve an important purpose in protecting piglet welfare and stockperson safety during the critical period after birth,” she said.

She added that any alternatives must be shown to provide the same level of protection to ensure piglet welfare.

In the UK, over 40% of sows farrow freely outdoors. This is in contrast to other major pig producing countries where only a small percentage of sows give birth in free farrowing systems.