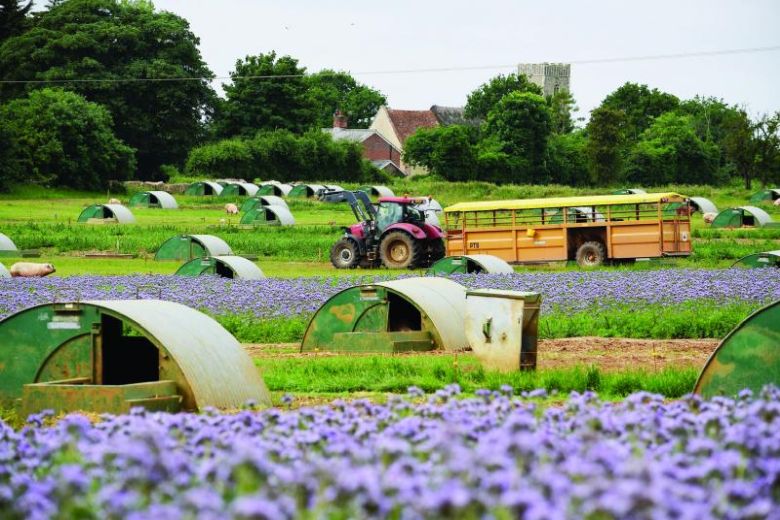 Pig producers are calling for their sector to have a 'more formal and recognised role' in the new Environmental Land Management (ELM) scheme.

Pig farms have struggled to access previous environmental stewardship schemes due to administrative difficulties, according to the National Pig Association (NPA).

In the group's submission to Defra’s consultation on the new scheme, it said the multiannual nature of the schemes meant they had excluded many outdoor pig farmers.

The body said these farmers were not owner-occupiers and were generally not in control of the land for the full term of the agreement, even though they actively contributed to enriching the environment.

In addition, outdoor pigs themselves have to be rotational, which the NPA said added to the difficulties of establishing more permanent environmental options to fit a scheme.

The NPA said in its submission: “The new ELM scheme is a chance to design a new regime that can harness and encourage environmental outcomes that pig farms can deliver.

"With clear benefits to soil structure, water quality and a range of biodiversity outcomes, we see this as a once in a generation chance to finally recognise the role of pig production and incentivise best outcomes for our environment."

The NPA said while there were more pig-friendly options in place under ELM, it would act as an incentive to landowners who may have pigs as part of a rotation to include them within the whole farm approach to their scheme.

“Ideally, where pig producers are delivering the outcomes, they should be adequately compensated for that,” the documents added.

“Pig producers are keen to contribute and support habitats/resource protection and it would be great to see existing effort recognised and better channelled in the future.”

The NPA submission cited the Dingley Dell ‘million bees project’ as an example of how outdoor pigs were excellent for accommodating ground nesting birds and allowing a range of pollen and nectar mixes.

"This is a great opportunity to capture this work, reward it, and promote further to pig producers around the country,” the submission said.