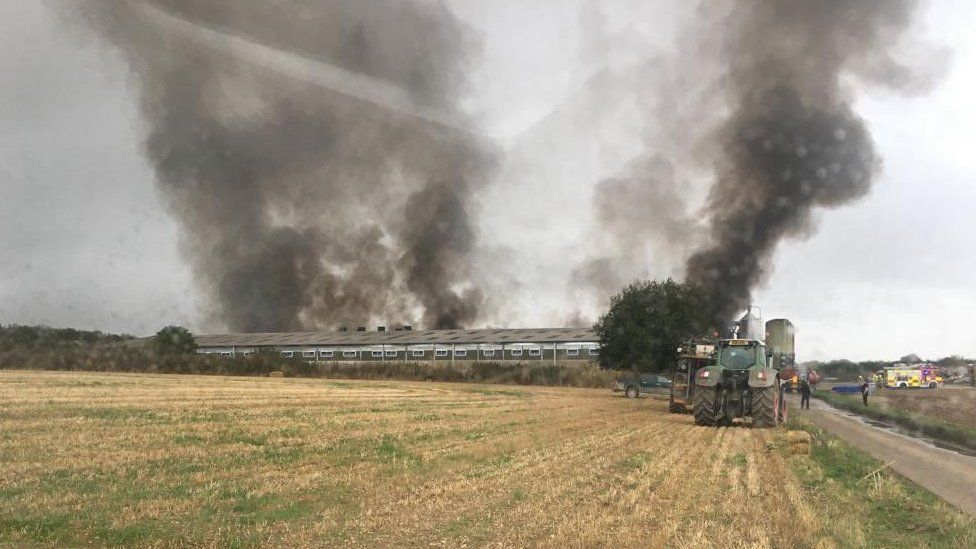 Thousands of pigs and chickens have died in two separate farm fires that occurred in Oxfordshire and Northern Ireland over the weekend.

A number of pigs were killed after a large blaze broke out at a farm in Oxfordshire at around 4pm on Friday (8 October).

“The fire is in an agricultural unit, where a number of pigs are known to have sadly been involved,” the service said in a statement.

Residents close to the farm were advised to shut all doors and windows.

Elsewhere, approximately 16,000 chickens were killed in a fire at a farm located in Belcoo, Co Fermanagh on Sunday (10 October).

The NI Fire and Rescue Service (NIFRS) said in a statement that it had received a report of the fire at around 7:30am.

“Unfortunately, 16000 chickens were killed in the incident. Investigation into the cause is ongoing.”

It is currently not known what caused both fires, however investigations are underway.

The cost of farm fires in the UK reached a five-year high in 2019, totalling over £49m, according to the most recent claims statistics by NFU Mutual.