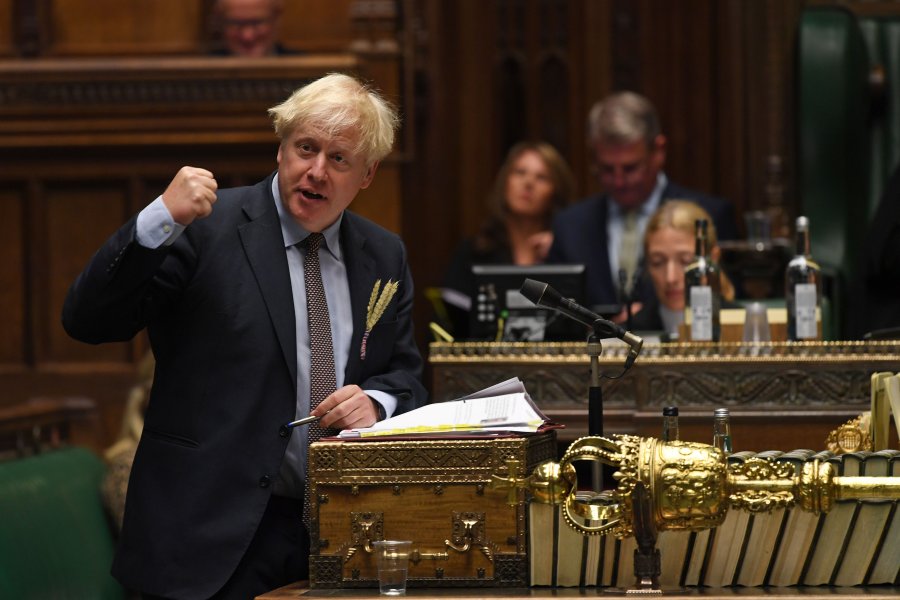 The Prime Minister and Labour leader showed their support for farming on Back British Farming Day (Photo: epahandout/Shutterstock)

Boris Johnson and Sir Keir Starmer showed their support for farming yesterday by wearing a wool and wheat pin badge during PMQs.

The Prime Minister and the Labour leader were joined by MPs from all political parties who wore the badge in aid of Back British Farming Day (9 September).

The Back British Farming wheat pin badge is made from British-produced wheat and wool.

The NFU's annual initiative, now in its fifth year, is a platform for the industry to show off the importance of farming to the public and economy.

During PMQs, MP for Havant, Alan Mak, asked Boris Johnson to “join me in thanking the farmers in Havant, and across the country, for the contribution they make to our country, and our national security and our prosperity.”

Did you tune into #PMQs? If you did, you will have seen @BorisJohnson and @Keir_Starmer wearing their wheat-pin badges in the @HouseofCommons to show their support on #BackBritishFarming day??Find out more ?? https://t.co/GrFqqNZD0u pic.twitter.com/eO9iaQf7CC

Responding, the Prime Minister said he was “thrilled to support Back British Farming Day”, adding: “it is thanks to them that we have fantastic food on our plates every day and that we have an amazing opportunity to increase our agricultural exports around the world.”

She said: "This autumn is a critical time for British farming with the new Agriculture Bill being passed into law and trade negotiations, including crucial talks with the EU, continuing.

“A successful farming future rests on how the government shapes trade deals with countries around the world and supports farming in the coming months and years ahead.

"It must ensure we aren’t put at an unfair competitive disadvantage from food imports that would be illegal to produce here."

MPs were also urged to safeguard the UK's high food, environmental and animal welfare standards as the end of the Brexit transition period nears.