PM 'out of touch' on flooding, NFU president says 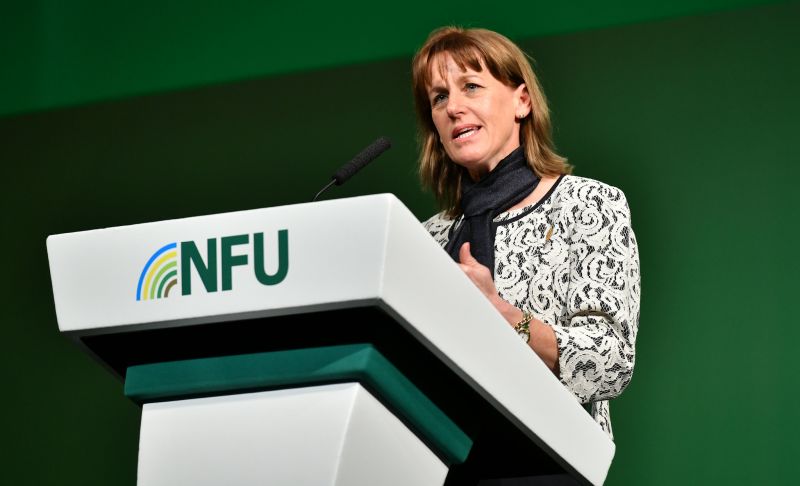 Boris Johnson has been accused of being 'out of touch' over the severe floods that have devastated thousands of acres of farmland.

The prime minister is under mounting pressure over the issue as he chaired a meeting of the Cobra emergency committee on Tuesday (12 November).

After the meeting, the government said it will “provide funding to support the recovery efforts of local councils where households and businesses have been affected”.

A community recovery grant will be made available to councils, equivalent to £500 per eligible household and businesses will be eligible for up to £2,500 each.

But some farm businesses, particularly across the East Midlands and North East of England, are reporting the worst rainfall in living memory.

In an interview with Channel 4's Krishnan Guru-Murthy on Tuesday, NFU president Minette Batters said there has a 'complete lack of preparation' on behalf of the government's response to the flooding.

She accused the prime minister of being 'out of touch' over his comments that the biggest concern currently is people not listening to the emergency services.

In Lincolnshire, more than 1,000 acres of farmland remains flooded and numerous businesses are unable to work as they are effectively cut off and stranded.

Some are unable to finish harvesting crops, such as maize and potatoes, and expect a severe delay in drilling and sowing winter cereals.

Mrs Batters told the broadcaster: “I've spoke to farmers who have been asking for pumps to be brought in over the weekend with flood defences clearly about to be breached, they've had no response.

“Farming businesses have had no interaction with the Environment Agency or anybody at all... they haven't had any engagement.”

Mr Guru-Murthy asked the NFU president whether the fault lies with the current government or if it is a universal, cross-party issue.

She replied by saying how there has been a 'long-term lack of investment' in the UK's water management, highlighting the Netherlands' water model.

“We are incomparable. They [the Netherlands] have been focusing on making space for water, for prioritising agricultural land, for storing it and protecting it.”

The NFU published it's flooding strategy back in 2012. Mrs Batters said, however, that there has been a 'total lack of maintenance' in building a water management framework that farmers can rely on.

She called for the next government to be a 'rural champion' and undertake a review on how the UK manages water.