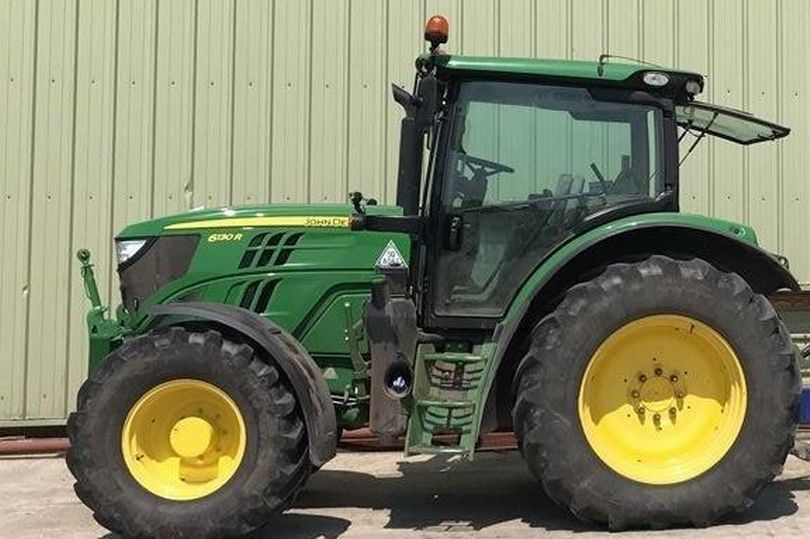 One of the stolen tractors (Photo: Lancashire Constabulary)

Police are appealing for more information after two John Deere tractors and a trailer have been stolen from a farm in Lancashire.

Lancashire Constabulary said it believes the vehicles, worth thousands of pounds, were stolen using the farm's low loader.

The incident happened overnight between 7pm on Saturday (7 September ) and 7am on Sunday (8 September).

A spokesperson for Lancashire police said: “The two tractors, which are green and yellow in colour, and the low loader, which is described as a blue coloured 20 ton low axel trailer, were removed from a barn storage area of a farm off Garstang by-pass road.

“It is believed that the tractors have been removed utilising the low loader and have travelled through fields on to Kepple Lane before heading south along the A6.

It follows the release of figures which show that rural crime cost the UK £50m last year.