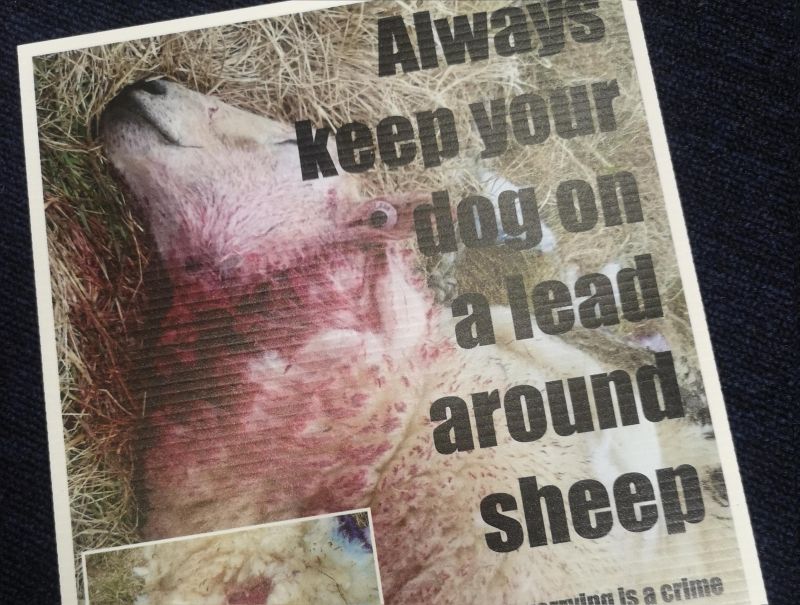 The police have used an image of a recent incident to educate the public on responsible dog ownership (Photo: Gloucestershire Constabulary/Twitter)

The police are urging the public to see a shocking image showing the aftermath of a livestock worrying incident in a bid to promote responsible dog ownership.

The image has been released by Gloucestershire Constabulary to educate the public on the damage an out-of-control dog can cause to sheep.

It comes as figures show that livestock worrying attacks remain at a historic record high in the UK.

The total cost of the crime to the agricultural industry is estimated to have exceeded £1.2m in 2018 alone.

A recent attack took place in the Gloucestershire village of Evenlode between 10am on Monday, 25 November and midday on Tuesday, 26 November.

An animal, believed to be a dog, attacked five sheep. Two ewes died and the others are all seriously injured.

The police have released an image of the attack, saying the incident is now the 'harsh reality of the countryside'.

Is this graphic? Yes.
Will it possibly offend people? Yes.
Are 2 Ewes dead? Yes.
Is this the harsh reality of the countryside and most possibly irresponsible dog owners? Yes!!!
Attack took place in Evenlode.
Any info call 101 quoting Inc 319 26th. pic.twitter.com/CeqUAIOVDA

The force said: “Is this graphic? Yes. Will it possibly offend people? Yes. Are 2 ewes dead? Yes.”

In Dorset, police have recently installed dozens of signs warning the public of the damage a loose dog can do when out in the countryside.

The signs remind walkers that dogs near farmland must always be on a lead and that sheep worrying is a punishable crime.