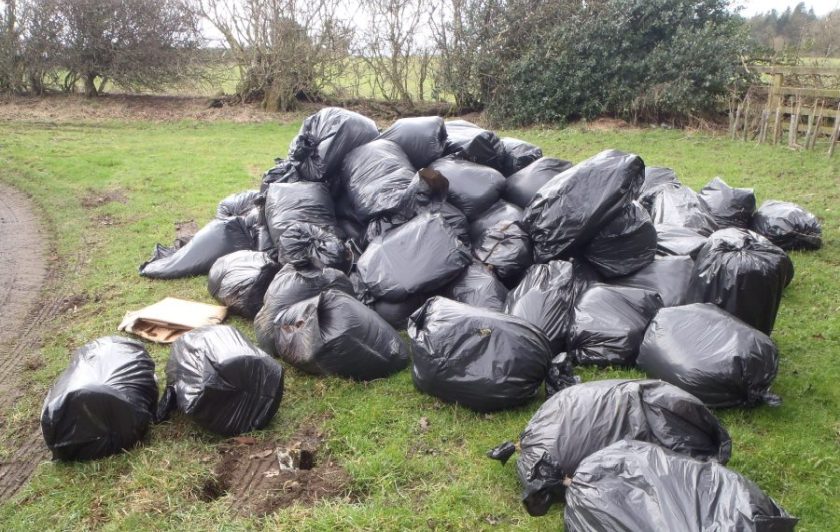 The remains of ‘cannabis farms’ are often dumped in rural locations, leaving farmers to foot the bill and clear up the mess

Police are working with farmers and landowners to deal with the growing problem of cannabis fly-tipping in North Yorkshire.

Police have increased patrols and urged farmers and landowners who have been victims of the fly-tipping incidents to come forward.

It is part of an operation to clamp down on the illegal dumping of waste associated with cannabis production in the county.

Criminals have been abandoning the remains of ‘cannabis farms’ in rural locations, leaving farmers and landowners to foot the bill and clear up.

The rubbish can include lamps, wiring, air filters, tubs of fertiliser and dead plants.

Earlier this year, police surveyed more than 75 farmers and landowners in North Yorkshire about fly-tipping – ten of whom reported having cannabis waste dumped on their land within the last 12 months.

One respondent said the remains of cannabis farms were being fly-tipped on their land every couple of months.

Warning signs are available to farmers to deter fly-tippers from targeting their land, and Rural Watch groups – who use WhatsApp to share information – are being given information on what to look out for.

“Criminals involved in cannabis production see fly-tipping as an easy way to dump their waste, so it’s only by working together that we can stop them," she said.

“It’s important that all incidents of fly-tipping are reported. We work closely with councils, and forensic opportunities in cannabis waste could give us the chance to identify both fly-tippers and drug dealers.”

There has been a number of high profile fly-tipping incidents which have affected farmers and landowners so far this year.

Last month, a Lanarkshire farmer had no choice but to pay £2,000 to clean up two tonnes of raw meat waste which was dumped on his land.