Potato plantings down to third-lowest area on record 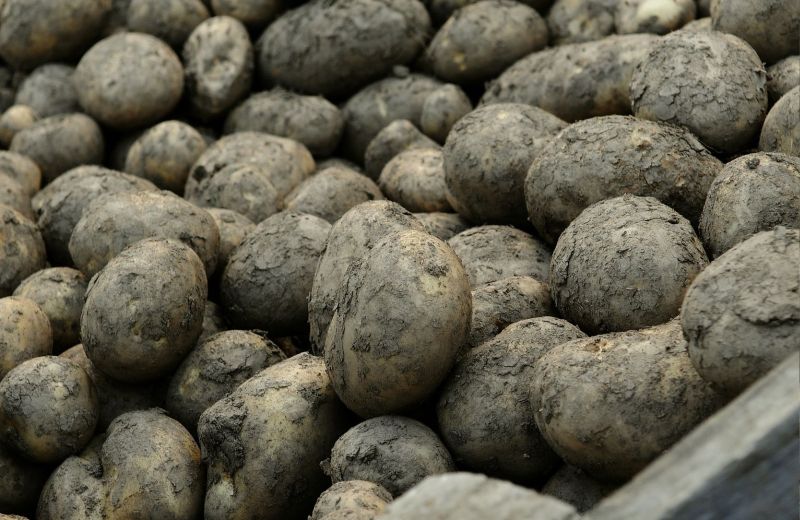 Potato plantings are down three per cent amid tough weather conditions

Estimates by AHDB show that the total area in Britain planted with potatoes is 119,000 hectares, a fall of three per cent on the previous year.

This would represent the third-lowest planted area on record.

The news comes amid a challenging season for potato growers, with an agricultural drought likely to affect yields.

But AHDB’s Sector Strategy Director for Potatoes, Dr Rob Clayton believes that a resilient industry will maintain the supply of the crop, even if the season has been "tough and stressful" for farmers.

He said: “Potatoes are a vital crop for families, providing 14 per cent of the vitamin C consumed in Britain as a staple that some of our favourite meals are based on.”

“We welcome news that supply chains are working closer than ever before, and that continual improvements are leading to reduced food waste at all points from the grower to the consumer.”

The Environment Agency (EA) has already announced further support for drought-hit farmers, ahead of the NFU’s drought summit held on the same day.

While in Scotland, the Scottish Environmental Protection Agency (SEPA) has given a commitment to help growers continue to access the water they need for irrigation.

The ultimate size of the potato crop, and how the market firms in response, will not be known until harvest.

Dr Clayton said he believes the UK will likely see smaller potatoes, but with the same levels of vitamins and fibre.

At five year average yields, this would equate to a total potato harvest of 5.7 million tonnes(Mt).

Dr Clayton added: “The season started with sub-zero temperatures brought by ‘the beast from the East’, followed by a wet spring that delayed planting.

“Since then, we’ve seen one of the driest combined June and July periods on record, so most growers are reporting that yields will be down.

“Farmers have been working round the clock to minimise this, with teams working overnight so that any water used does not evaporate in the hot sun. There is still some growing season to go, so it is impossible to accurately predict how far down they will be,” he said.

Variables such as the weather and the availability of irrigation could go some way to mitigating earlier conditions.

Growers are now making contact with local EA agents to understand the additional flexibility on abstraction.