Protest at Syngenta factory over UK exports of banned pesticide 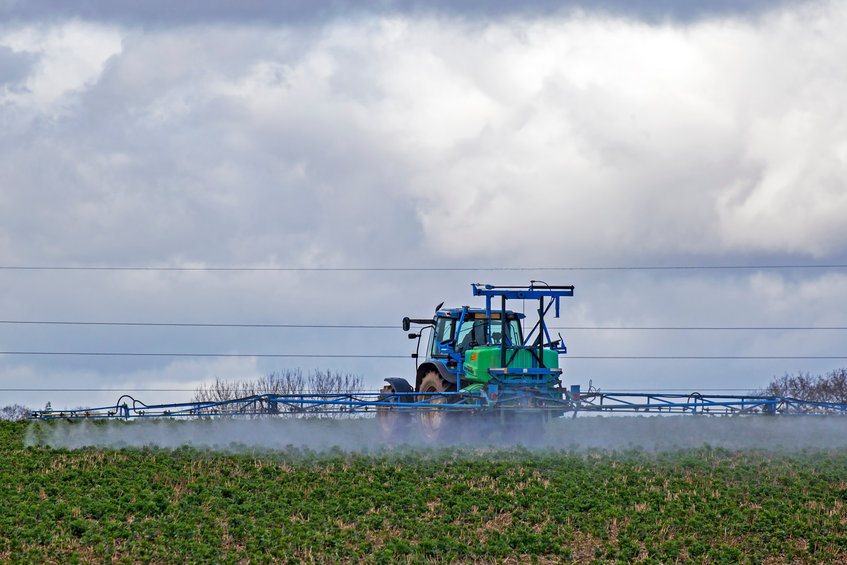 Small-scale farmers are demonstrating outside Syngenta's Yorkshire factory to protest the government’s 'double standards' in permitting the export of UK-made pesticides that are banned for use in the UK.

The Landworkers’ Alliance, which represents 1,700 ecological farmers and farm workers, is organising the protest on Saturday (7 May) outside Syngenta's Huddersfield factory.

Farmers, as well as people dressed in hazmat suits, will protest to "show solidarity with farmers, land workers and food producers across the world who are suffering the impacts of these deadly pesticides".

The group says the UK government authorised the export of over 12,000 tonnes of the herbicide Paraquat and others in 2020, which were banned for use in the UK in 2007.

The products are still manufactured in Huddersfield, West Yorkshire by chemical giant Syngenta and makes up the majority of the UK’s banned pesticide exports.

Many of these pesticides are lethal to humans, the Landworkers’ Alliance says, and are linked to adverse health outcomes such as liver and kidney failure, DNA damage, and Parkinson’s disease.

?? TODAY'S THE DAY!??
??We're here outside the #Syngenta factory in Huddersfield to highlight the UK's deadly double standards when it comes to toxic pesticide exports
?SAVE FARMERS' LIVES!
?STOP EXPORTING BANNED PESTICIDES!
Follow our action 1/ ?? pic.twitter.com/YdALQd5lgG

Jyoti Fernandes, policy coordinator from the alliance said: “We desperately need to stop these double standards in trade and trade deals which allow the UK to export deadly chemicals.

"We want the Department of International Trade to create trade rules to stop the export of paraquat and other toxic pesticides prohibited for use in the UK and to stop the import of agricultural products produced with these pesticides.

The LWA launched a letter-writing campaign in April urging people to write to the government to stop authorising the export of the pesticides.

The group also urged the government to ensure that any future trade deals do not weaken the UK’s food import standards.

Vicki Hird, head of farming at sustainable group Sustain, said that trade deals could result in the UK having to accept imports of food produced with banned pesticides.

"The UK government must urgently introduce a trade strategy to protect our food standards as well as a set of core standards that domestic produce and imports alike must meet.

"The idea that we are manufacturing and exporting pesticides that have been banned here for the impact on our health or the environment is abhorrent.