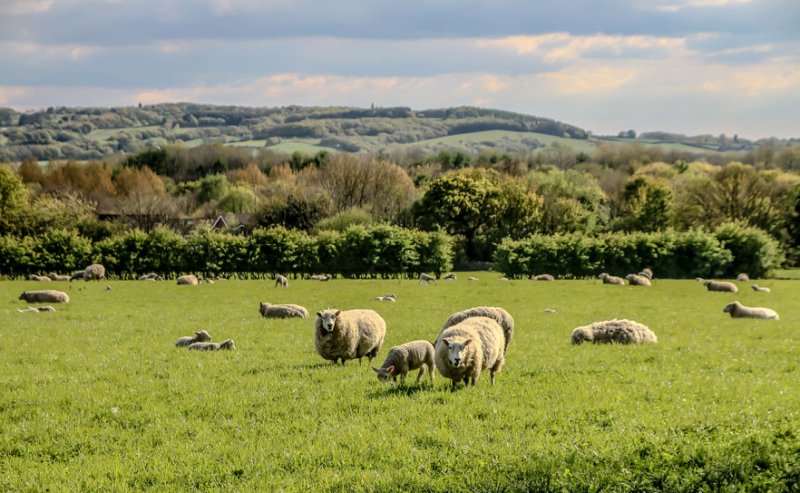 Consumers have also returned to comforting food staples they know, such as meat and dairy, during the Covid-19 crisis

Nearly three-quarters of consumers trust farmers and agree they are doing a good job ensuring food production continues during the Covid-19 crisis, a survey says.

The British public generally feel positive towards the agriculture sector during the pandemic, according to this year's consumer insight report by AHDB.

Consumers have also returned to comforting food staples they know, including meat and dairy, as they cook more home meals.

Meat consumption has doubled from 7% to 14% since February, while dairy has seen those increasing consumption leap from 5% to 12% over the same period.

Figures also show that a massive 71% of consumers trust farmers and applaud their efforts in ensuring food production continues.

However, the industry’s push for people to buy British is currently impacting less than a quarter of shoppers, with only 22% saying they would purchase home-grown options if they were more expensive than alternatives.

Christine Watts, chief officer for communications and AHDB, said the survey showed that Britishness is often a 'secondary factor' for consumers.

"Therefore, industry messages need to go further than the country of origin, towards key points of difference like traceability, sustainability and quality," Ms Watts said.

"Only half of consumers said they would proactively seek out British products post-pandemic. However, we have a great story to tell about what we produce in this country and the products for consumers to enjoy."

She explained that many people are returning to the familiar staples, like meat and dairy, that they 'know and love'.

"There is more cooking from scratch, so people are buying the ingredients they need rather than ready-cooked dishes," Ms Watts explained.

"And, of course, the options for out-of-home have been severely limited, with millions more meals now being eaten at home every week. This means recipe inspiration is key."

It follows the creation of AHDB's #makeit and #milkyourmoments campaign, which aims to build inspiration around steaks and other high-value beef cuts.

The research also showed 48 percent of shoppers are more price conscious or have allocated their shopping budgets differently.

Susie Stannard, consumer insight manager, author of AHDB report, said: “There is much positivity in how consumers feel about farming, and a growing acknowledgement of the important role that meat and dairy play in the British diet.

“However, in the face of an impending recession, factors such as provenance, environment and welfare temporarily take a back seat to price and availability."