Public urged not to feed farm animals after death of pony 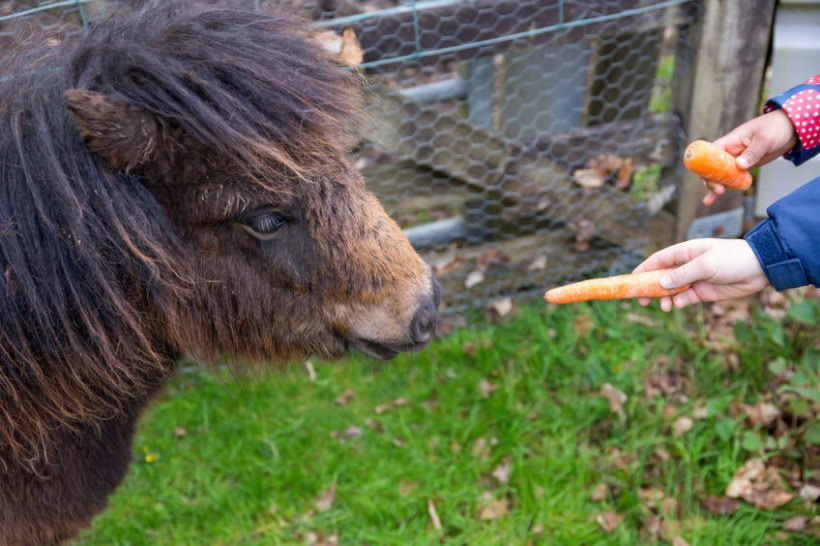 The public have been warned against feeding horses and livestock when walking in the countryside after a pony died from suffocation after eating raw potato peelings.

Concerns have been raised among numerous horse owners and livestock farmers of some members of the public feeding animals they find out in the field.

While the intention to feed a horse or a sheep is done so with friendly intent, the Countryside Alliance warns it can be 'incredibly dangerous and even fatal.'

The Welsh Section A pony ran into a fence in panic on Sunday 17 January and died moments later.

Lightning had raw potato stuck in his throat and despite there being a ‘Do Not Feed The Horses’ sign at the location, the owner believes he had been fed by walkers who had ignored the warnings.

The owner is understandably devastated and has spoken publicly of wanting to ensure no other owners have to go through her pain.

Polly Portwin, an equine enthusiast and spokesperson for the Countryside Alliance, offered her advice about whether or not people should feed horses or livestock.

“As a general rule, unless you are aware of the horse and its dietary requirements, you should not feed other people’s horses full-stop," she said.

"Unfortunately, we hear very distressing stories of horses being made incredibly ill and dying from being fed the wrong food by walkers who come across a horse out in the field.

"It could be easy to assume horses can consume and digest much of the same foods enjoyed by humans or other animals, but that simply isn’t the case."

Aside from dietary considerations, she said it was well known that a horse’s behaviour changed incredibly quickly, especially around food.

Competition to get to food and the source can occasionally lead to some horses reacting aggressively towards other horses that were around them.

Ms Portwin said this could put the person feeding them and those accompanying them such as children or dogs in a vulnerable position.

"It’s important to remember that livestock and horses are part of people’s livelihoods and while, where it is permitted, they can be admired from a safe distance, passers-by should avoid offering them any food.”