Public urged not to use sky lanterns this Chinese New Year 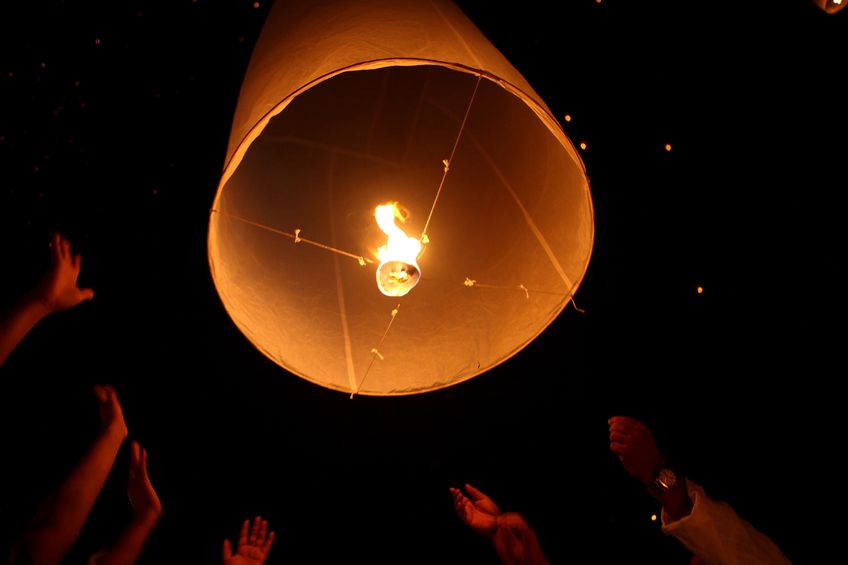 The government should introduce a national ban on sky lanterns, rural groups say

The public have been urged not to use sky lanterns when celebrating Chinese New Year due to the risk of the products to animal health.

Recent figures show that lanterns are still causing the deaths of horses and livestock, as well as posing a real fire risk.

The NFU and The British Horse Society (BHS) have come together to call for councils to follow the lead of 170 local authorities who have already banned sky lanterns.

Despite the dangers, around 200,000 sky lanterns continue to be sold every year with thousands potentially being lit and released to mark Chinese New Year.

Sky lanterns are a particular cause of concern for horse owners: with no way of controlling where they land, they have the potential to injure or kill horses.

The BHS has received more than 25 reports from horse owners who have experienced alarming sky lantern incidents: tragically, three of these reports were horse fatalities and six involved injuries to the horse.

It is estimated only 1 in 10 horse incidents are currently reported to the BHS, with many fearing this may only be the tip of the iceberg.

NFU Deputy President Stuart Roberts said: "It is deeply frustrating that some councils have still not banned them from being released.

“Currently there is no national legislation which specifically regulates sky lanterns and although many councils have used their powers to ban sky lanterns on council property, it simply isn’t enough.

“Without a national ban our beautiful countryside continues to face a major domestic threat. You wouldn’t leave a flame unattended in your house so why would you send one into the countryside with no idea where it could land?"

Alan Hiscox, director of safety at the BHS, said sky lanterns caused considerable trauma or distress to horses and livestock.

"We urge anyone planning on setting them off to please consider the effect it may have on local animals and the potential fire risk to stables or outbuildings.

"The BHS encourages horse owners and farmers to be vigilant in checking their fields and hedgerows and report any incidents involving sky lanterns.”