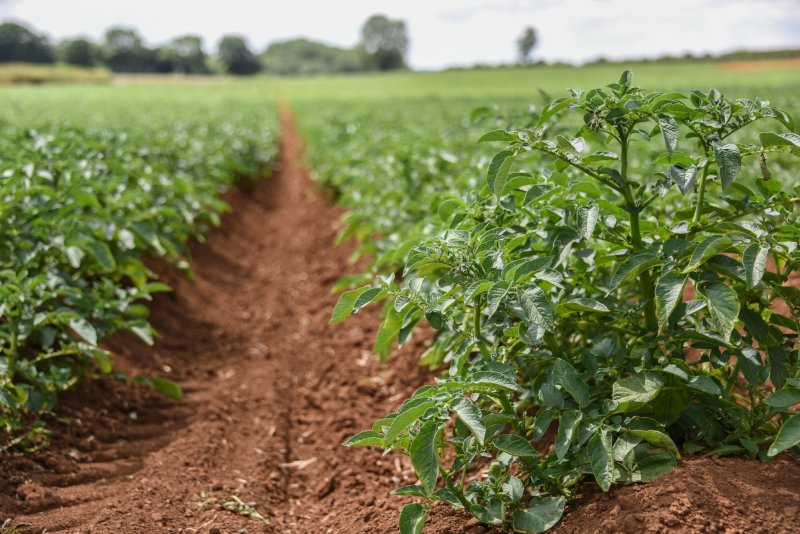 Rain and warming temperatures have heightened the threat of potato blight with Hutton Criteria disease warnings declared across the UK’s key growing regions.

The Blightwatch alert system, hosted by AHDB and the Met Office, has displayed red warnings since 11 June.

This indicates the highest level of blight threat, just as many crops are reaching the crucial rapid canopy growth stage.

Red alerts have been issued in England for Lincolnshire, Yorkshire, Lancashire, East Anglia and across the West Midlands.

In Scotland fewer warnings have been issued but indicate that the same urgency and tightening of the blight programme should be a priority for growers in Angus and Ayr, and also in Ceredigion in Wales.

A prolonged period of hot, dry weather through much of April and May meant planting took place in good conditions and the disease threat remained low.

Farmers are aware that the threat of blight will develop quickly in warm, wet weather, particularly with latent blight present in volunteer potatoes from fields that were abandoned following a difficult harvesting campaign in 2019.

The challenge is intensifying with the widespread presence of newer, more aggressive strains of late blight which make vigilance ever more important.

Corteva Agriscience’s field technical manager for potatoes, Craig Chisholm, said the current situation had not yet reached the epidemic levels of disease seen last June and July when persistent downpours made spray programmes difficult for many.

But he added that the threat to crops was evident and urged potato growers to protect crops now with robust blight prevention programmes.

He said: “The majority of the main crop is just embarking on the rapid growth phase, so the need to be on top of potential blight infection in new growth is key.”

Growers are now looking for windows of dry, calm weather in which to apply their spray programmes.

Mr Chisholm has advocated a strong preventative strategy which keeps the canopy clean as it develops.

He said Corteva’s new blight fungicide co-formulation Zorvec Endavia would play an important role in establishing a clean foundation to any programme.

Market-leading performance in trials and experience using Zorvec in 2019 would give growers confidence that they can stay on top of the disease in 2020, he added.

“Zorvec chemistry has proven to be the best available fungicide in its control of late blight at the rapid canopy development phase, with the co-formulation of oxathiapiprolin + benthiavalicarb (Zorvec Endavia) being every bit as affective as the co-pack was in 2019.

“Timings will be largely dependent on variety and conditions, but Zorvec offers up to 10 days’ protection adding flexibility to programmes at a time when demand on available labour is particularly high.

“Regardless of application timing, growers will look to benefit from the product’s ability to move into new growth," Mr Chisholm said.

"This will have value during the rapid growth phase as well as later in the programme particularly on varieties with an indeterminate growth habit.”