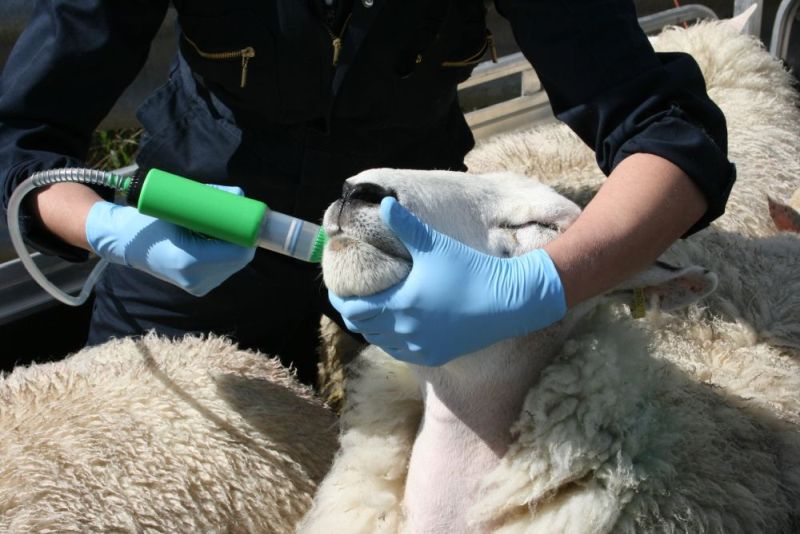 Worm risk in sheep could spike within a week after the rain, livestock experts have warned farmers

Farmers are being urged not to be complacent when it comes to monitoring worms in lambs during the dry spell as a bout of wet weather could cause a spike numbers, experts warn.

Sheep vet Fiona Lovatt said while the current risk of worms was relatively low due to the dry weather, as soon as the rain hits, farmers would have to get onto worm control quickly.

The sheep expert said the worm risk would 'spike within a week' after the rain.

"If you are monitoring worm egg counts on a fortnightly basis and have only just taken a count before the rain arrived, don’t wait for another couple of weeks before checking again as it could be too late then.”

Lovatt suggested monitoring worm egg counts alongside growth rates to give a more accurate picture of the worm situation on individual farms.

“Having the two bits of information can be very powerful," she added, "As a minimum, my suggestion would be to take a weight at between 6-8 weeks and again at weaning alongside faecal egg count testing every couple of weeks throughout the summer.”

Farmers who were seeing high worm (strongyle) egg counts earlier on in the year should be particularly cautious as the dry weather will have stopped them from completing their life cycle, warned sheep consultant Lesley Stubbings.

She said: “If you were seeing high Faecal Egg Counts (FECs) earlier on and they have now gone low, the chance is quite high they will spike again.

"This is because those eggs will be lying dormant in dung on the pasture. When the rain arrives, these will hatch out into infective larvae very quickly completing their lifecycle.

“Initially, because there will be more infective larvae you may not see high worm egg counts for two-three weeks after the rain, however, that doesn’t mean to say your animals aren’t infected.

"Waiting until you see high egg counts could be too late in this situation so monitoring growth rates and general condition is key," Stubbings added.

Low worm egg counts are currently being reported on most farms involved in the Zoetis Parasite Watch Scheme.

The network of 26 farms are monitoring worm, fluke, and flies every couple of weeks throughout the risk period with results uploaded in real-time.

However, a FEC test taken after some wet weather at the end of May did highlight a low level of Nematodirus in the lambs.

He said: “We have been quick to dose with a white wormer to keep on top of Nematodirus and will continue to carry out FECs to track levels, and to also check the worming dose is still effective.”

“We are having to keep a close eye on the sheep now with the weather breaking. Not only is it a perfect time for worms it is also perfect conditions for flies and maggots.

"We have not found any fly strike so far,” Carlisle added.