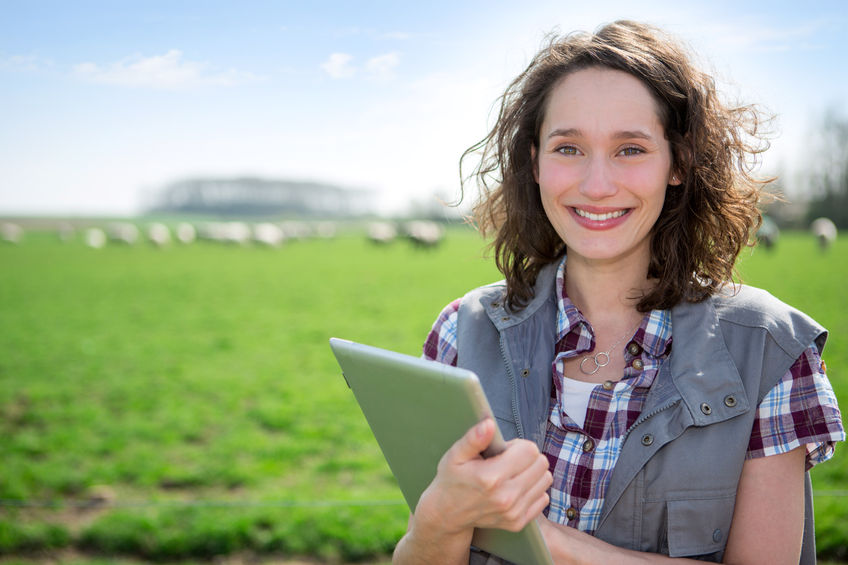 Agriculture in the UK remains a largely male dominated industry, but the proportion of female farmers is increasing

The majority of students studying agriculture at Aberystwyth University are women for the first time in the institution's history.

Academics at the university have hailed the development as an ‘important milestone’ in what is seen as a traditionally male-dominated industry.

However, the proportion of female farmers is increasing, with the university confirming that a record number of women have started agriculture courses there.

One is 22-year-old Bethany Harper, from Wiltshire, who is in her second year studying for a degree in agriculture.

She said it was 'fantastic' that so many women were now studying and working in agriculture.

"Not only can us women do a man’s job; we can also promote and inspire the next generation of young farmers," she added.

“I’m not from a farming background, but I did grow up around both horses and dogs.

"I studied agriculture during my GCSEs and I absolutely loved it. I had the bug then, so I carried on studying it at college."

Bethany then spent two years working full time on a mixture of farms in the UK, the US and New Zealand.

"It was a fabulous experience and gave me an opportunity to see so many different things," she said.

Anaïs Bunyan, 20-years-old from Luton, is in her second year studying agriculture, and she said it was "great see more women stepping forward in this traditionally male dominated industry".

“Farming is not in my family, but I’ve always grown up with a love for animals; my parents always told me the importance of respecting animals and the world around us.

"Although it was an industry I knew nothing about and had no experience in, the more work I did, and the more responsibility I was given, the more I felt fulfilled by my work.

“Seeing so many other women on my course, and women holding lectures and classes, is so empowering and definitely feels like a step in the right direction for the agricultural industry.”

Dr Pip Nicholas-Davies, current head of the Agriculture teaching group at Aberystwyth University, said the news was an 'important milestone' for the university.

"It’s fantastic to see so many more young women studying agriculture who have a real enthusiasm for food, farming and the environment."

It comes as the Scottish government launched a programme last month seeking to make agriculture a more inclusive industry for women.

The ‘Be Your Best Self’ programme encourages more women take on senior roles in farming organisations.

The scheme, which is accessible to everyone, also aims to ensure farm succession is not determined by gender.