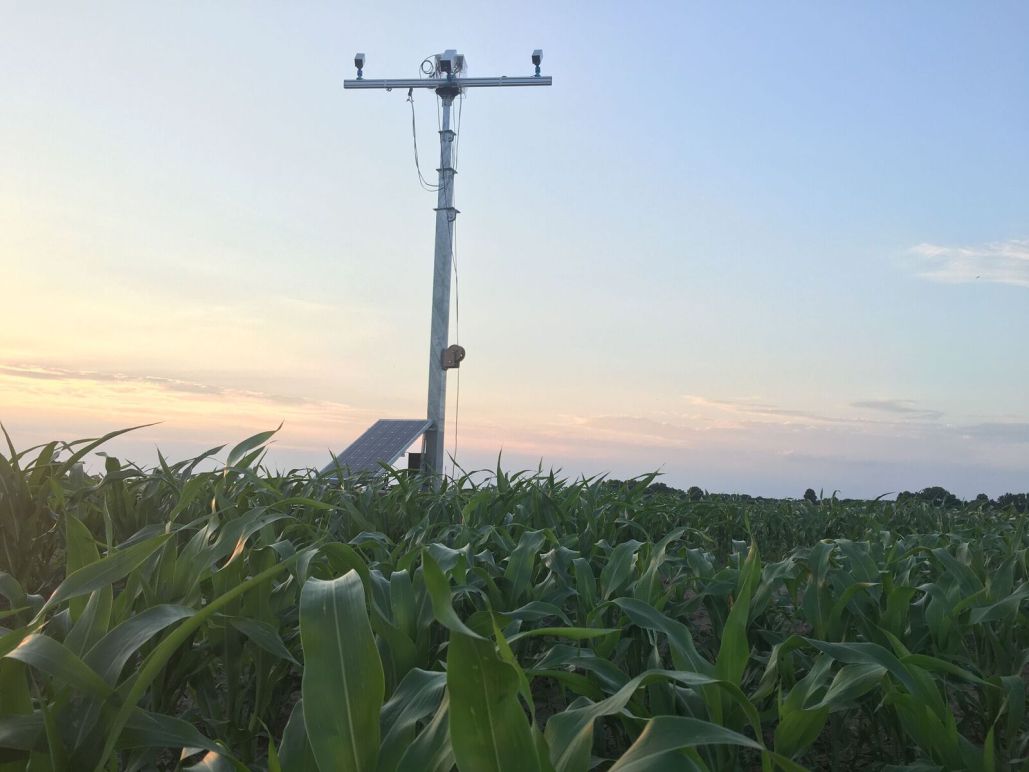 A mobile tower stands watch at the edge of the crop

A team of researchers are using a pair of robotics platforms and a $20 million grant from the US National Science Foundation to develop a system for identifying crop strains resistant to heat, drought and flood.

The research, from the University of Missouri, is part of an ongoing attempt to cross-breed hearty crops in order to maintain food production in the wake of severe conditions brought on by climate change.

The system developed by the team is comprised of two primary robots — a mobile tower that stands watch at the edge of the crop and a roaming ‘bot deployed by the system to take a closer look.

The resulting data includes 3D scans of the plants (corn and sorghum at present), along with temperature, humidity and light intensity readings taken at different heights — each of which tend to vary greatly, due to an increasing tendency to plant crops closer together.

Gui DeSouza, an associate professor at the school and one of the co-authors of a paper about the project, tells TechCrunch that the system was deployed in lieu of one of the increasingly popular UAV (drone) monitoring systems for a number of reasons.

The towers, while designed to be stationary, are still reasonably portable and can be moved from area to area. They also can work in tandem to cover more ground.

Each is equipped with a trio of cameras offering up 3D models of the plant along with biomass volume and thermal readings.

They’re capable of examining plants within a 60-foot radius and are mounted on a spinning platform in order to take in all of their surroundings.

The mobile system, deemed Vinobot, meanwhile, goes in for a closer look, collecting insight into the crop’s growth, yield, resistance and tolerance.

At present, the Vinobot has to be piloted, but DeSouza says the team is working on an autonomous version that can automatically gather data in tandem with the tower.

“The idea is to correlate how the plant is developing with the family, so we understand which family is tolerating the stress better than the others and ultimately to identify the gene that makes those families more or less resistant to those stresses,” says DeSouza.

That information can then be used to cross-breed the most resilient plants, in order to create crops that are more resistant to the changing climate.