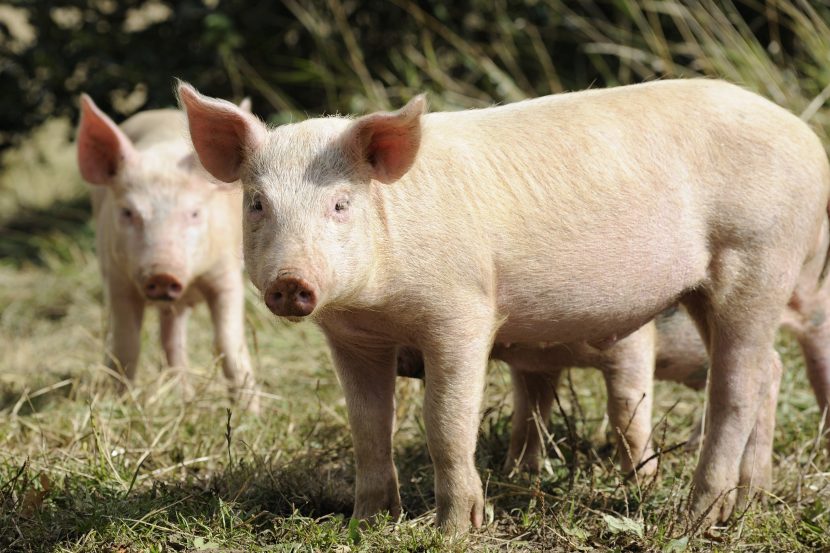 The study's aim, led by Scotland's Rural College (SRUC), was to improve the welfare of pigs on commercial farms

The outcome of a contest between two unfamiliar pigs can have an impact on their attitude towards subsequent aggressive encounters, according to a study looking to improve pig welfare on farms.

The aim of the study, led by researchers at Scotland's Rural College (SRUC), was to improve the welfare of pigs on commercial farms.

Pig aggression can lead to injury, social stress, poor growth and a drop in immunity.

They recorded the emotional state of the pigs in a dynamic social situation, especially when confronted with unfamiliar pigs.

Researchers used ear posture, direction of gaze and vocalisations such as grunts and squeals as measurements.

They looked at how personality - aggressiveness towards an intruder - and the experience of winning or losing a contest when paired with an unfamiliar pig, influenced how the animals felt when they were next put back into the ‘unfamiliar pairs’ situation.

Rather than being fearless and over-confident, they found highly aggressive pigs showed more negative emotions than low aggressive pigs when confronted with a strange pig. They were also less likely to learn from past defeat.

Lead researcher Lucy Oldham, a postgraduate research student at SRUC, said the study's findings would help the issue of pig aggression on farms.

“A key aim of this study was to find out what being an aggressive pig is like for the pig - which is important when it comes to solving the problem of aggression on farms.

“Results show that the welfare of both aggressive and non-aggressive pigs suffers. It is therefore advantageous for all animals if we can find ways to reduce their aggressiveness by providing social and physical environments that encourage their best natures.”

The study, carried out in partnership with Queen’s University Belfast, University of Edinburgh and Polish Academy of Sciences, is published in the November's Applied Animal Behaviour Science.