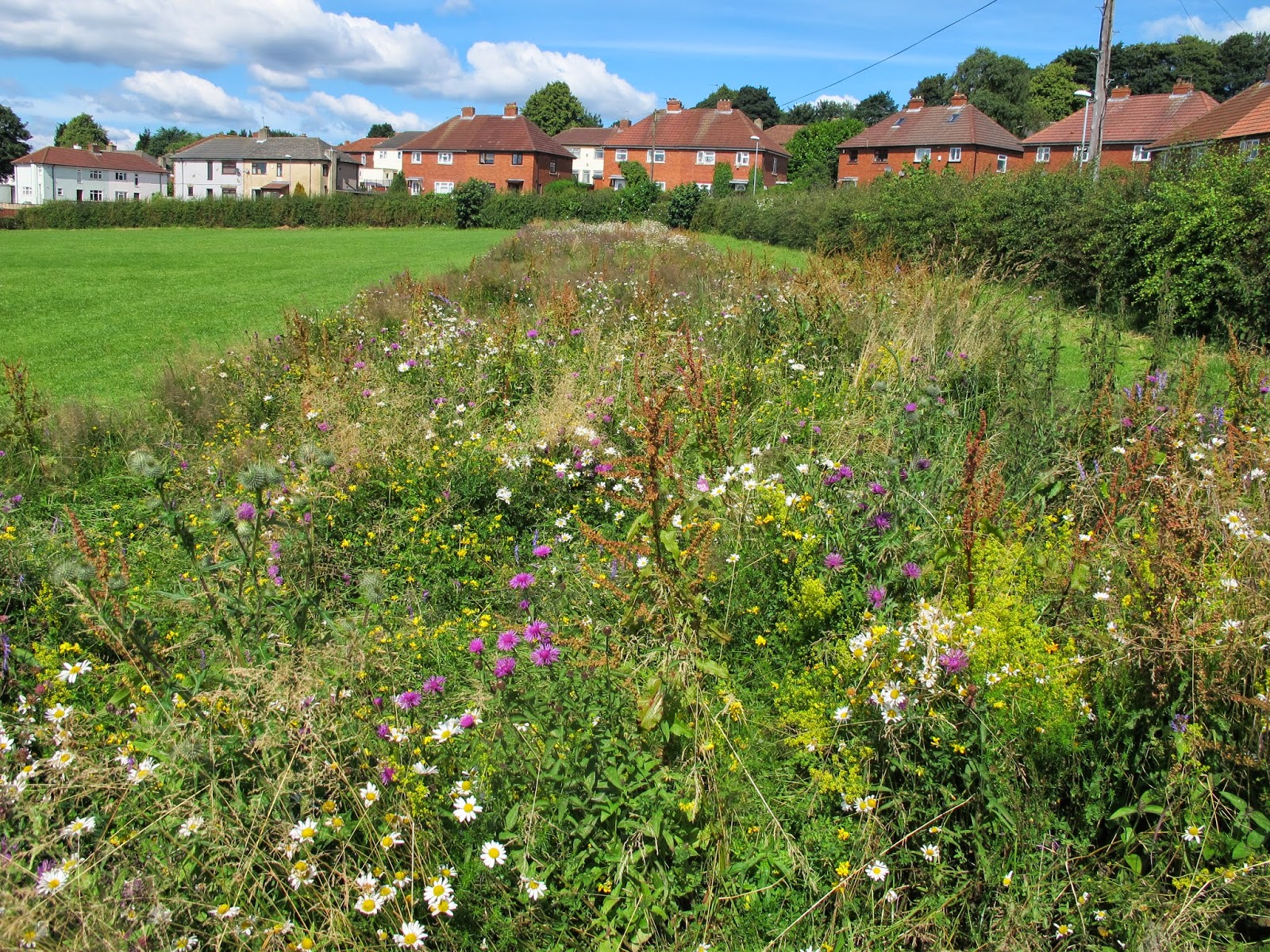 An example of an urban pollinator project in Leeds, West Yorkshire
Sign in to add your own press release SIGN IN Register

Residents living in towns and cities can play a major role in ensuring insect pollinators survive and thrive around them, a team of international scientists has said.

With global bee and butterfly populations in decline, the nature of cities is shifting so that they often contain more diverse and abundant populations of native bees than nearby rural landscapes.

However, urban conservation programmes are largely lagging behind, in that they continue to invest in education and outreach rather than programs designed to achieve high-priority species conservation.

In an essay to be published in Conservation Biology, the academics said new research into urban ecology is changing how society's view the biological value and ecological importance of cities globally.

But in order to ensure this has a recognisable effect on issues such as global food security and ecosystem service provision, policies now need to be better aligned with this newly unfolding image of urban landscapes.

Professor Ollerton said urban habitats have "traditionally been neglected" by ecologists and conservationists who are interested in pollinators.

"However recent research globally has demonstrated that towns and cities can support large, diverse communities of bees and other insects that play an important role in pollinating urban food crops, particularly in gardens and allotments.

"It's important that we raise the profile of these insects to influence planning policies, ensuring that building and infrastructure development, as well as conservation strategies, takes this into account."

Dr Hanley added: "Previous work that conducted in Plymouth has shown that urban gardens in the UK are increasingly being recognised for their potential to maintain or even enhance biodiversity.

"And by growing a variety of plants from around the world, gardeners can play an important role in ensuring that a range of food sources is available for many different pollinators.

"This international collaboration demonstrates those theories can also be applied globally, to the potential benefits of people and communities across the world."

In their essay, the authors say the diversity of people living in cities creates a diversity of aesthetic landscaping preferences, which in turn leads to a diversity of flowering plants which supports diverse populations of bees.

And because native bees can live their entire lives in relatively small spaces when food sources are present, insect pollinators put high-priority and high-impact urban conservation within reach, and small actions can yield large benefits for pollinator conservation.

Recent research is also showing that improving the wild pollinator populations in urban areas improves species diversity and abundance in nearby agricultural lands.

So intensifying conservation efforts for urban insect pollinators constitutes an opportunity for meaningful urban conservation, moving beyond traditional education and recreation programming towards a series of cascading benefits throughout rural and urban landscapes.

The report authors add: "Because the world’s farmers and food security depend upon bees and other pollinators, attending to populations of urban pollinators is important.

"The global pollinator crisis is one environmental problem that an individual urban resident can do something about.

"There is no need to get a bee hive which can increase competition for resources with native bees.

"Simply plant more diverse flowers of different sizes, let valuable “weeds” grow an extra week or two before mowing them from your lawn, leave some bare un-mulched ground for solitary ground nesters, learn to appreciate the aesthetic of yards of others who plant for bees, and then watch the urban pollinators flourish," the authors concluded.