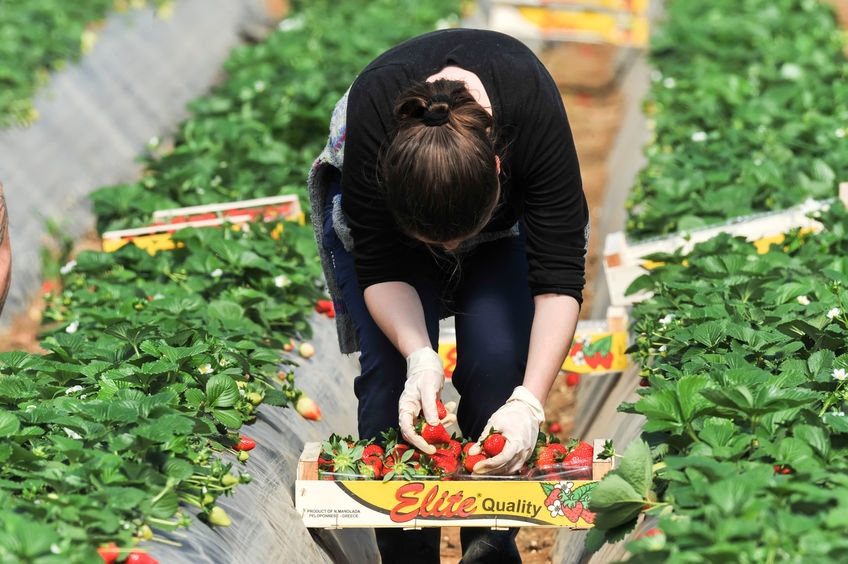 Restricting access to migrant workers once the UK leaves the EU would negatively impact more than half of rural businesses, according a new survey.

The CLA said restricting access to migrant labour would affect the 'profitability, efficiency and viability' of rural businesses.

44% of CLA members surveyed said they had experienced a reduction in the availability of migrant labour over the past year.

Almost 90% of respondents tried to recruit locally but the majority found it difficult to fill positions with British workers.

One in ten CLA members employ migrant workers in managerial positions, with almost a quarter of respondents saying they worked in skilled roles, such as training horses or operating complex machinery.

The survey revealed that although overseas labour peaks during harvest months, workers are employed all year round within rural businesses.

He said: “Most CLA members employ fewer than 10 migrant workers per business although others employ many more.

“The Government must provide certainty that after Brexit there will still be a flexible, skilled and secure workforce in order for rural businesses to plan for the future.

“To support the already acute shortage of labour a new seasonal agricultural workers scheme must be introduced immediately, not after the UK has left the EU and the Government must also confirm the status of EU migrant workers in sectors such as food processing, horticulture and tourism already resident in the UK.”

Marion Regan, Managing Director of soft fruit growers Hugh Lowe Farms in Kent said: “Like all growers of fantastic fresh British produce, we rely on a sustainable seasonal workforce to grow and harvest our fruit.

“I am confident that we will continue to have great people from other countries helping us with our harvest if the Government understands the importance of reintroducing a Seasonal Agricultural Workers Scheme.”

Ability to feed the nation

Farmers and other rural businesses have received a boost from MPs who have backed a call in April to reintroduce a scheme for migrants to continue working in roles vital to the rural economy.

Feeding the nation: labour constraints, a report from an influential group of MPs in the Environment, Food and Rural Affairs Committee highlights the challenges to the food supply chain from shortages of workers.

The Committee said that labour constraints would affect the ability of farmers to feed the nation post-Brexit.

Labour and skills shortages are already starting to bite in UK sectors which employ a high number of migrants, according to research.

A survey by the Chartered Institute of Personnel and Development found that despite a near record number of vacancies, 748,000 according to the latest Office for National Statistics data, UK employers are struggling to fill roles.

As many as one in four employers have seen evidence to suggest that non-UK nationals from the EU were considering leaving their organisation in 2017.

Non-UK nationals from the European Union almost halved from an average of more than 60,000 per quarter in the nine months to June 2016 to just 30,000 in the three months to September 2016.