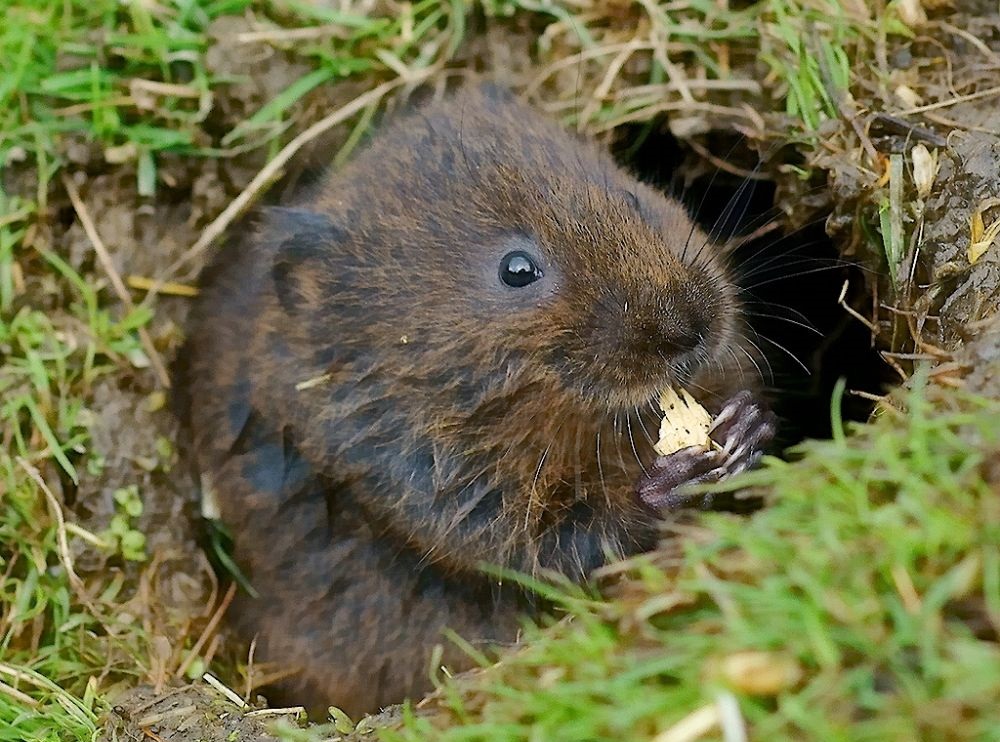 Around 325 water voles will be released into Kielder Forest in Northumberland this summer in what is the biggest reintroduction of 'Ratty' in the UK.

Vole numbers have dropped by almost 90% in recent decades, and they have become one of the UK's most threatened mammals.

Between 2016 and 2021, this project will reintroduce and establish a source population of water voles which could then expand into the wider mink monitoring area.

"Habitat loss, inappropriate wetland management and, principally, the introduction of the North American mink have all contributed to huge and continued water vole population losses since the 1960s.

"Populations fell by over 90% in the 1990s alone. The species has disappeared from 94% of sites where it was once prevalent."

The Restoring Ratty project was funded with a grant of £421,000 over five years from the Heritage Lottery Fund, and is run by the Northumberland Wildlife Trust, the Forestry Commission and Tyne Rivers Trust.

Roisin Black, a National Trust ranger at Malham Tarn, said: "In the rest of Europe, water voles are common. In Britain, the creatures are incredibly rare.

"We know water voles have thrived at Malham Tarn in the past and thanks to work by the National Trust, the habitat here is perfect for water voles again."

A report suggests 'rewilding' the UK's natural landscape is the best option for coping with flooding.

Rewilding Britain, the organisation behind the report, says a growing body of evidence suggests that managing flood risk naturally, by restoring natural processes, can be cheaper and more sustainable.

However, many rural organisations disagree with this approach, with the NFU saying it is "idealistic", and that rewilding and farming need to work together in order for it to work.

"You have to go back hundreds, if not thousands, of years to find a Welsh hillside or Lake District uplands where sheep weren’t present and integral to the communities that live there," said Phil Bicknell, writing on the National Farmers' Union website.

"More importantly in my view, they ignore the economic impact. Without our uplands, we wouldn’t have a UK sheep industry.

"The raw materials that leave the farmgate are the source material for the largest manufacturing sector in the UK - our food processors - and that equates to jobs and economic growth," Mr Bicknell concluded.