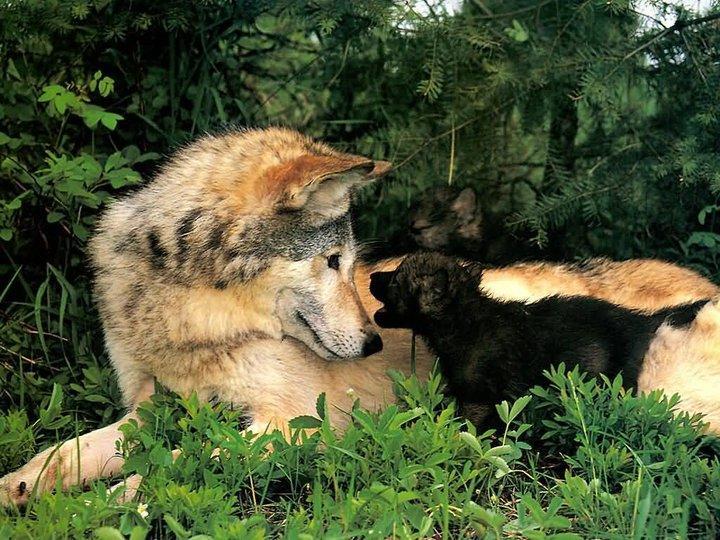 Wolves will not roam the Scottish highlands, rewilding experts tell MPs
Sign in to add your own press release SIGN IN Register

Brexit offers Britain an opportunity to tailor a new support scheme and rewilding projects MPs on the Environmental Audit Committee were told.

The academics giving evidence said Brexit gave Britain an opportunity to shape a support scheme which supports both wildlife and food production – promising rewilding projects would stop short of introducing wolves to the Scottish highlands.

Future rewilding could involve the reinstatement of missing species, including apex predators, which play a crucial top-down regulatory role in ecosystems.

Trees for Life said that the Eurasian lynx – already reintroduced to areas of Europe such as the Alps and Jura mountains, is a realistic candidate for reintroduction.

"It offers little threat to sheep and none to humans. It is a specialist predator of roe deer, a species which has multiplied in Britain in recent years and which holds back the natural regeneration of trees through intensive browsing," they said.

But Countryside Alliance said lynx and wolves are just as likely to prey on ground nesting birds and livestock, as they are on wild deer.

"This was demonstrated in July this year when a lynx escaped from Dartmoor Zoo, killing four lambs belonging to a local farmer, before being recaptured," the said.

Issues including changes in the devolved administration and the role that managed rewilding can play in conservation and restoration were part of an inquiry launched by the committee in July.

"There is no single definition of ‘rewilding’. It can refer to a complete withdrawal of land management practices, but generally it is used to describe a change in management practice involving the ‘proactive restoration’ of land, habitat and wildlife to its uncultivated or unmanaged state," the Countryside Alliance said in its written evidence to the committee.

Rewilding has the additional benefit of creating vibrant natural landscapes which stimulate tourism and ecological awareness, while also soaking up greater quantities of CO2, helping bring the economy towards carbon neutrality.

Helen Meech, director at Rewilding Britain, said: "With MPs currently consulting on new approaches to management of Britain’s natural environment post-Brexit, we feel it is high-time we allowed landscapes the space they need to rewild, creating natural wetlands and bringing back the wildlife that was once common to Britain.

"Rewilding also has benefit of improving water quality and stimulating the revival of vibrant ecosystems rich in wildlife."

Professor Richard Brazier from the University of Exeter said: "Rewilded areas help to mitigate soil erosion, diffuse pollution and flash flooding that we see from intensive agriculture, so as far as I can see the two go hand in hand."

Alan Watson Featherstone, who at the end of 2015 was awarded an alternative New Year’s honour by The Guardian newspaper, in a celebration of the heroes of the year, said: "Rewilding offers an exciting vision of hope. In the Highlands of Scotland we have an opportunity to reverse environmental degradation and create a world-class wilderness region - offering a lifeline to wildlife including beavers, capercaillie, wood ants and pine martens, and restoring natural forests and wild spaces for our children and grandchildren."

Professor Sue Hartley from the British Ecological Society agreed, saying: "There is an opportunity to look for win wins. It would be good to get away from the dichotomy of intensive production and rewilding, it is more integrated than that."