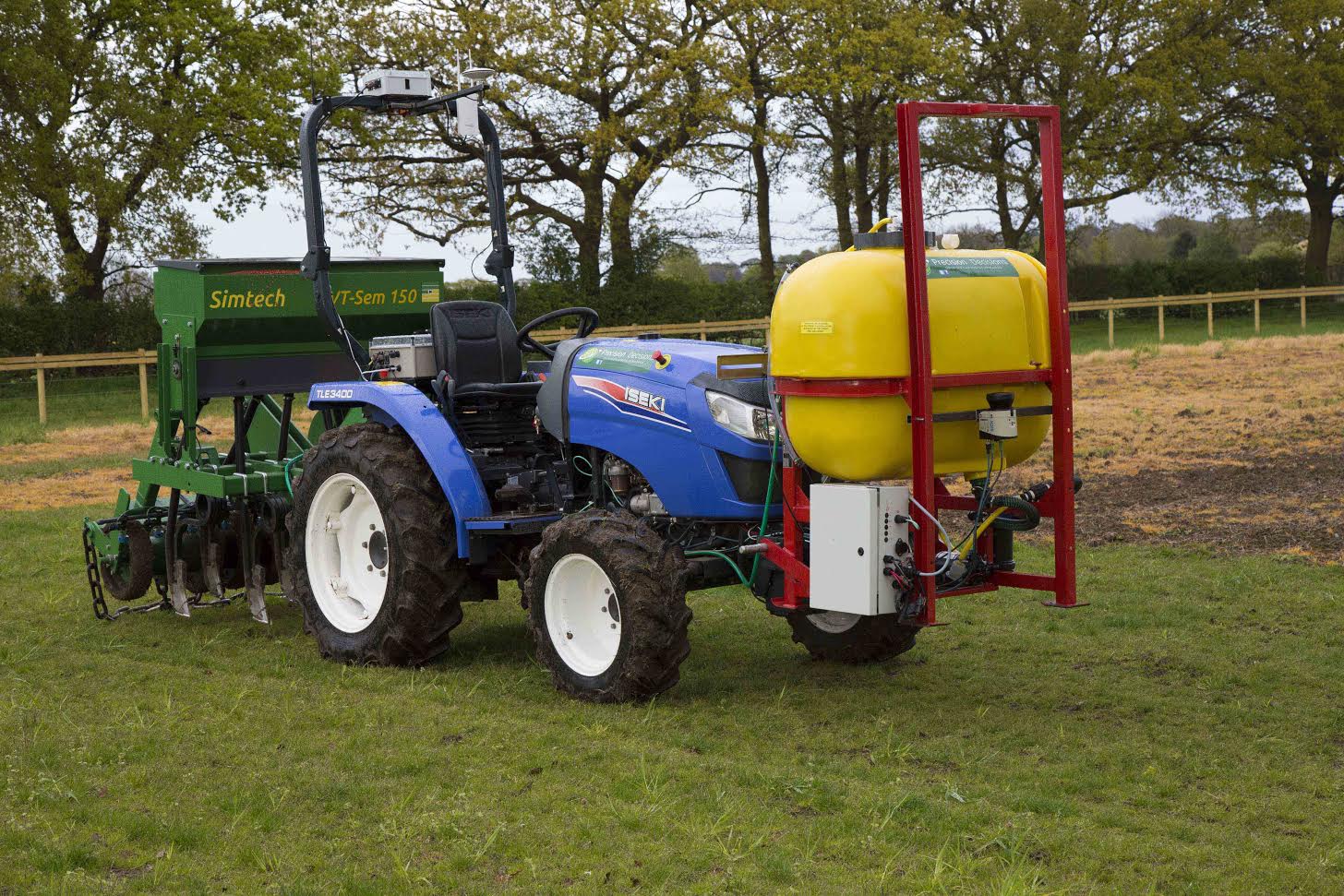 The Hands Free Hectare team have successfully got over their first major hurdle of the project; drilling the hectare site at Harper Adams University with their self-driving tractor.

The project aims to be the first in the world to plant, tend and harvest a crop by only using autonomous vehicles.

The end of the six hour long drilling operation was marked by cheers of relief and delight from the team – their tractor, which they only received in December and then made autonomous, had successfully navigated the whole hectare site and sown the spring barley seeds.

The drilling came after the pre-seeding herbicide application which the tractor also completed successfully using a GPS controlled precision sprayer developed for the project. 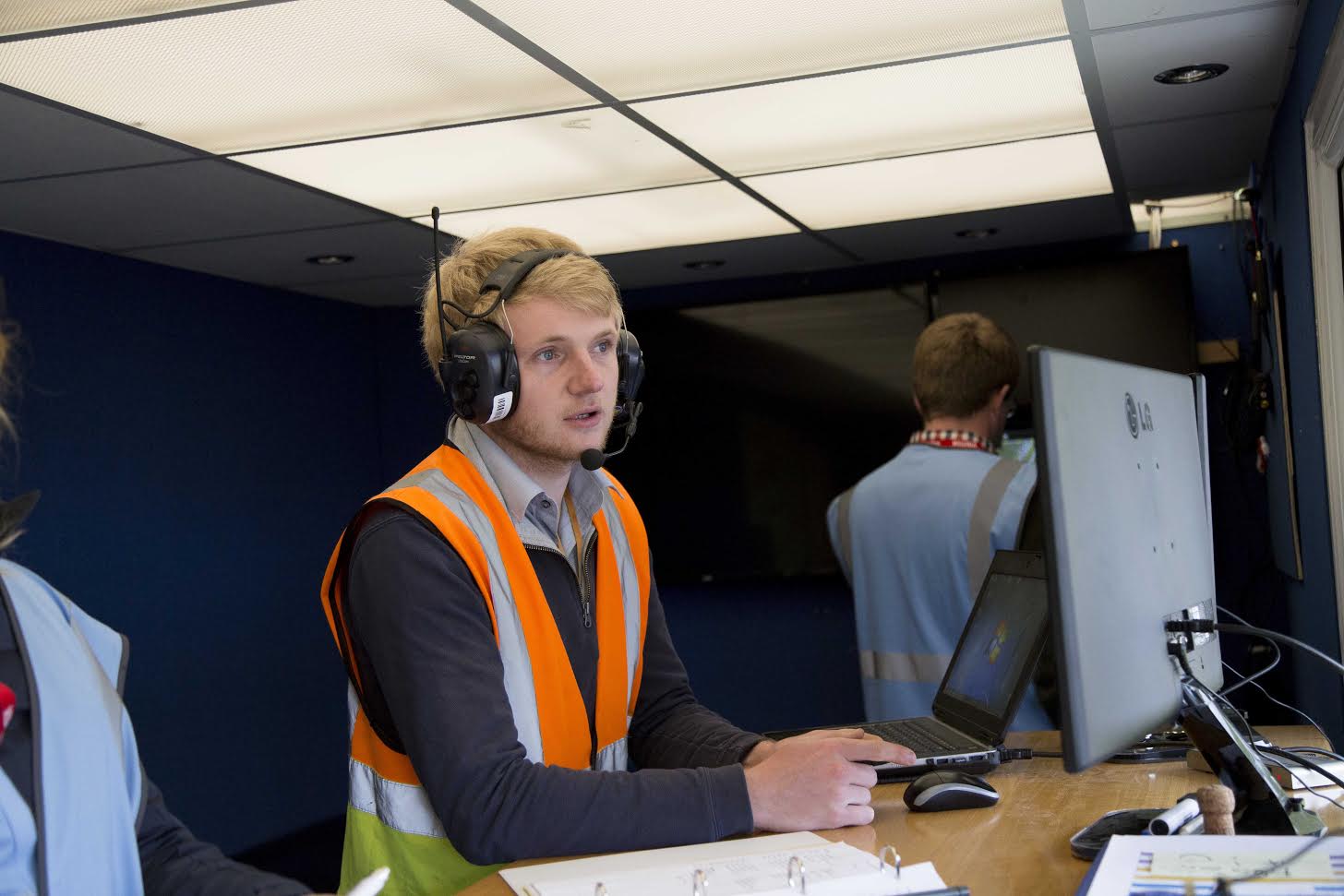 Martin Abell, from Precision Decisions, the project’s industry partner, said: “The tractor is able to navigate the hectare using an autopilot system for drones. This allows it to follow a pre-determined path in the field.

“It runs entirely on GPS and follows the requested route making its way between waypoints. The waypoints are digital GPS markers created using our software that we have positioned at the ends of the field for the tractor to navigate to; like a more advanced version of dot-to-dot.

“Our waypoints for the drilling also incorporated lifting and lowering signals that picked the drill up at one end and place it back down once it had turned around.

“The SimTech Aitchison drill that we used is normally for drilling in-between the vines of vineyards to plant cover crops used as green manures to help fertilise the vines naturally. It’s suited us perfectly as it’s a conventional agricultural system, just on a smaller scale; like our whole project.”

Kit Franklin, agricultural engineering lecturer at Harper Adams University and project lead said she hopes future systems based on this concept will exist.

“They’ll be easy enough for a farmer to use by simply inputting what they require in their computer and the robotic vehicles will go off and do it.

“I believe that farmers will be able to concentrate on agronomic and business decisions, whilst overseeing and managing a number of smaller automated machines; instead of sitting in a large tractor with 300 plus horsepower driving up and down the field.

“In order to achieve this, there’ll be a vast opportunity for careers in the agricultural engineering sector which will be very rewarding and exciting. Those people will be changing agricultural machinery as we currently know it.”

The third member of the team, robotics researcher at Harper Adams University Jonathan Gill, said: “Now we have to start thinking towards the future. The seeds are in the ground and we’ve got to consider the agronomy; how’re we actually going to do that? We have to start thinking about using our ground rover to produce visuals for Kieran.

“We also have to start using the drone to capture our multispectral imagery to see where the first emergences are going to be and how we’re going to start treating our crop.”