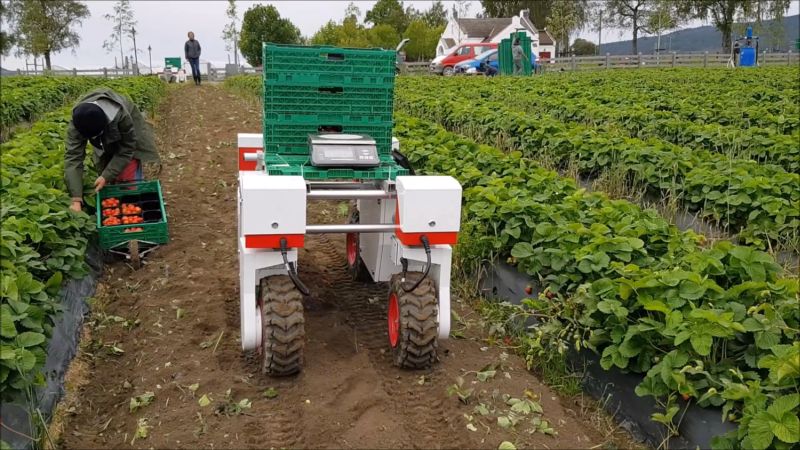 A "trailblazing" agri-robotics project is set to develop advanced autonomous systems to support the production of soft fruit in the UK.

At the start of this year the University of Lincoln, Saga Robotics UK and Berry Gardens Growers Ltd began a two-year project called RAS-Berry. The project is the largest of its kind within the EU.

The project has been cited as a "trailblazing" project in artificial intelligence by the Department for Business, Energy & Industrial Strategy (BEIS).

The deal pledges an additional £1 billion of funding to put the UK at the forefront of the artificial intelligence industry.

The machines can transport heavy boxes of fruit from the picking point to the collection point, relieving agricultural workers from the heavy work.

Ultimately, the machines are designed to increase productivity at the point the fruit is picked.

Robotic strawberry picking is still some years away, but the project will help human pickers by removing the burden of carrying full trays of fruit from the field to the collecting point on the field margin.

Ursula Lidbetter MBE, Chair of the LEP, commented: “Greater Lincolnshire is a major food-producing area and the agri-food industry is one of our six priority sectors.

“It’s fantastic to see a Lincolnshire-based project leading the way in AI. This will really put Lincolnshire on the map for developing technologies that can help and support the county’s food producers to grow and innovate.”