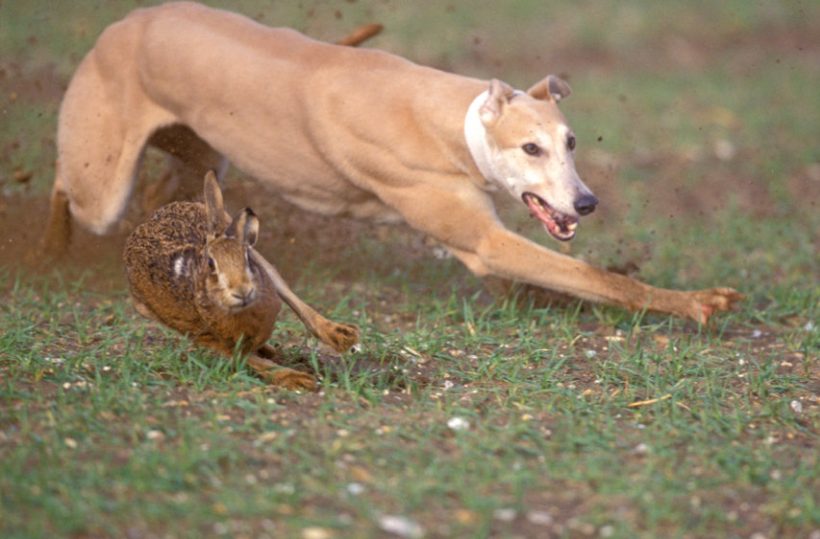 The video, which has been shared widely on social media, shows several vehicles frantically zig-zagging over a farmer’s field in Bedfordshire.

About 100 men were allegedly in attendance, with footage showing attendees cheering and trampling over an emerging cereal crop.

Another video on social media shows Transit vans and 4x4S being driven through Bedford tow centre. Occupants allegedly sat on the roofs, hanging out of windows brandishing dead hares.

The local NFU said Bedfordshire Police were out using body cameras to record the incidents during the day, but due to the sheer volume of people in attendance, they found it difficult to intervene.

The incident has led to calls from numerous rural groups for urgent action from the government to clamp down on the crime.

Large sums of money are often gambled online on which dogs will catch the hare first.

Tim Bonner, Countryside Alliance's chief executive, said: “This shocking footage shows what many farmers have to put up with on a regular basis.

"Poachers in powerful four-wheel drive vehicles, smash down gates, drive through crops and hedges to run their dogs on hares in competition with one another.”

“The government have said they want to clamp down on this scourge, but nothing appears to have changed.

“This footage reinforces the scale of the problem we are dealing with in the countryside. The time for robust action is now.”

It comes as rural groups were recently left disappointed after proposals to give police and the courts more powers to disrupt the crime were rejected in parliament.

The suggested amendments to a new crime bill under consideration by the government tabled by the Lord Bishop of St Albans, sought to increase penalties for hare coursing.

It also sought to allow the courts to disqualify offenders from owning or keeping dogs, and allow the police to recover kennelling costs for dogs that have been seized.