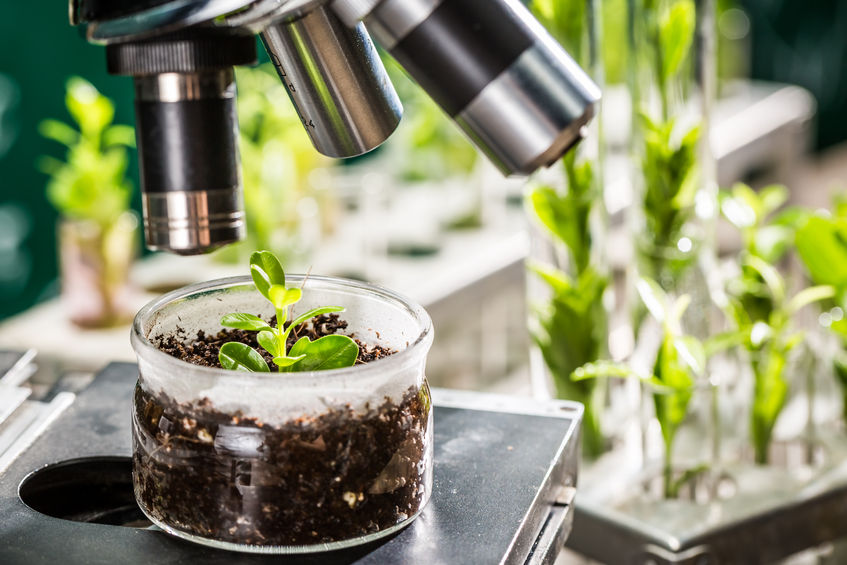 Plant scientists have urgently called on policy makers in the UK and EU to safeguard gene-editing technologies for agriculture.

Leading researchers representing more than 75 European plant and life sciences research centres, including those from the UK's John Innes Centre, are "deeply concerned" about a recent European Court of Justice ruling.

The ruling concerns modern genome editing techniques that could lead to a de facto ban of innovative crop breeding.

They argue the European and British farmers may be deprived of a new generation of more climate resilient and nutritious crop varieties that are urgently needed to respond to current ecological and societal challenges.

The joint document follows an outpouring of concerned statements of European research institutes over the recent months following the Court of Justice of the European Union (ECJ) ruling under which genome edited organisms must comply with strict EU Genetically Modified Organisms (GMO) legislation.

Dirk Inzé, Scientific Director at VIB-University of Gent Centre for Plant Systems Biology said the support for this initiative from plant scientists all over Europe has been "overwhelming".

“It clearly illustrates the current dichotomy in Europe: as European leaders in the field of plant sciences we are committed to bringing innovative and sustainable solutions to agriculture, but we are hindered by an outdated regulatory framework that is not in line with recent scientific evidence,” he said.

“With this mission statement we hope to promote evidence-informed policymaking in the EU, which is of crucial importance to us all.”

The mission statement makes the case that crop improvement has been done for centuries by means of conventional plant breeding techniques, all leading to genetic changes in the plant.

One of the latest breakthroughs in this field is precision breeding, an innovative crop breeding method based on genome editing. Precision breeding can contribute to tailoring crops to a specific area, considering the environmental factors of a certain region.

Precision breeding is also used to generate crops with improved nutritional composition, improved digestibility, lower content of anti-nutritional components, reduced allergenicity or requiring less input, which has a direct benefit for our environment.

The implications of a very restrictive regulation of innovative plant breeding methods are far-reaching. European agricultural innovation based on precision breeding will come to a halt because of the high threshold that this EU legislation presents.

The scientist say this will hinder progress in sustainable agriculture and will give a competitive disadvantage to plant breeding industries in Europe. The impacts on society and economy will be "enormous", they say.

To safeguard innovation in agriculture in Europe, the signatories of the position paper ask for a new regulatory framework that evaluates new crop varieties based on science.

Following the European Court decision in July, Professor Wendy Harwood of the John Innes Centre, warned that the decision: “could have major negative impacts on our ability to respond rapidly to the challenges of providing sufficient, nutritious food under increasingly challenging conditions.”

Professor Nick Talbot, director of The Sainsbury Laboratory, Norwich Research Park described the ruling as: “A retrograde step that is not based on any scientific evidence.”