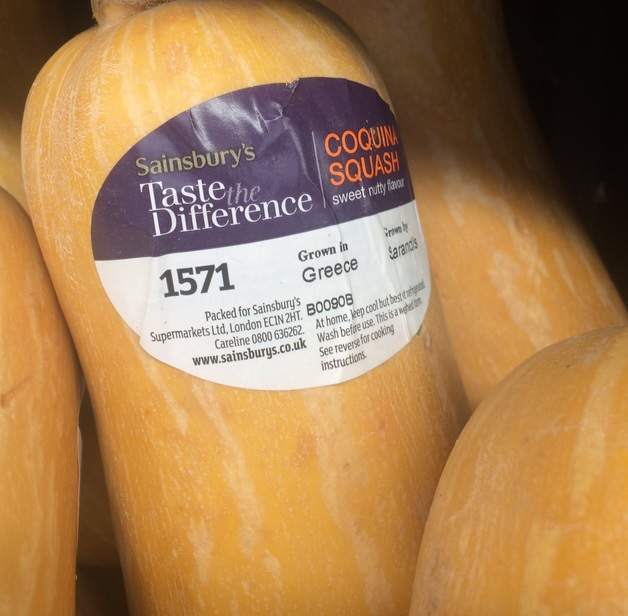 The retailer has been criticised for sourcing foreign vegetables during peak British season (Credit: Sara Venn)
Sign in to add your own press release SIGN IN Register

A shopper has took to social media to criticise Sainsbury's for importing foreign vegetables in peak British season.

Sara Venn, who is used to working with local farmers in her role at the Incredible Edible network, asked Sainsbury’s on social media why the squash it sells in her local store was grown in Greece and Portugal.

"Our retailers should be supporting British farming and farmers... Our food system is in such a state!"

Twitter user Anne Denham said: "I try as much as possible to eat seasonally. I don't like my food to be bettered travelled than me. Fine beans from Kenya are another bugbear."

Earlier this year, Sainsbury's confirmed that all of its lamb products will be 100% sourced from British farms.

The retailer said it will provide customers with 'quality tender lamb' throughout the 2017 season as well as bolstering their support for the British lamb industry.

The retailer has yet to make a pledge about buying 100% British fruit and vegetables in all its stores.

It follows news that former CEO of Sainsbury's Justin King said British consumers face higher prices, lower quality and less choice when it comes to food as a result of Brexit.

Mr King, who was in charge of Sainsbury's for a decade until 2014, said: "One can say very clearly what the direction will be: higher prices, less choice, and poorer quality, because all of those dimensions have been improved by these open trading relationships that we've had over the last 40 years.

"That makes it less efficient, which means all three of those benefits, price, quality, and choice, go backwards."