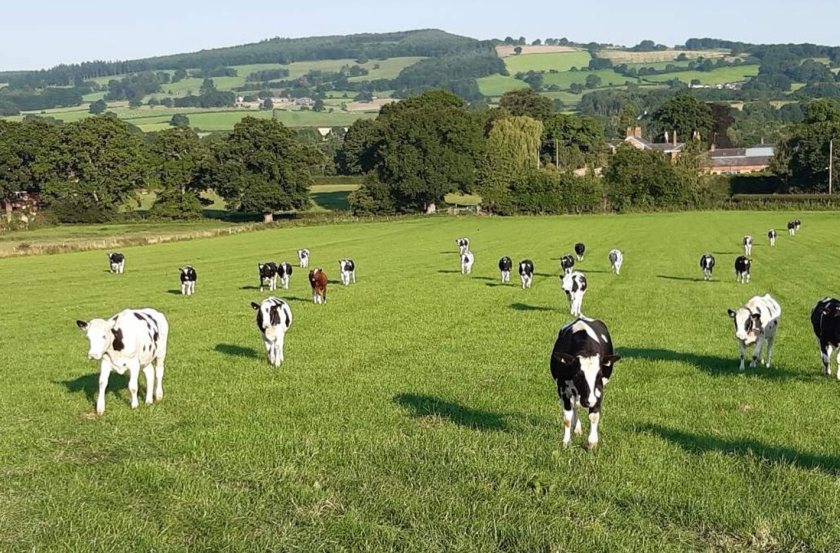 As well as the financial incentive, the farm had other reasons to reduce heifer calving age

A Welsh dairy farm has achieved a cost benefit of £10,220 in its heifer rearing programme over a two-year period after improving youngstock management.

They had been struggling with the average age of first calving in their heifers: in 2018 it was 35 months.

Research has shown that for each day a first calving extends beyond 24 months an additional rearing cost of £2.87/heifer is incurred.

As well as the financial incentive, the business had other reasons to reduce heifer calving age.

“We lost a farm we had been renting for 20 years and had also been struggling with TB for three years, we needed to increase cow numbers without buying in," said Richard Evans, who farms in partnership with his parents and brother.

After enrolling for support from AHDB's HerdAdvance and introducing multiple changes, age at first calving in 2020 was lowered to 23 months.

The scheme aims to help lift herd profitability and performance: farmers can apply for financial and technical support to improve herd health management and disease control.

Mr Evans enrolled in the Youngstock element and worked with vet Kim Holliday of Park Issa Vets and AHDB Knowledge Exchange Manager, Teaghan Tayler, to draw up an action plan.

This included introducing an accelerated plane of nutrition for heifers, monthly weighing, earlier weaning and a vaccination programme for respiratory diseases.

The programme targeted a bulling weight of 360kg at 15 months. To achieve this, Mr Evans’ heifers needed to grow at 0.7kg/day across the rearing period.

Mr Evans had previously fed two litres of whole milk twice a day. Calves are now introduced to concentrates at a week old; by weaning they are consuming 2kg/day.

As a result of accelerated growth, weaning age has reduced from 8-12 weeks to 8-10 weeks. Heifers are now also vaccinated twice yearly for respiratory diseases.

Improvements in the heifer rearing programme resulted in heifers calving at an average age of 23 months in 2020, potentially saving £996/heifer on rearing costs despite the cost per day of rearing increasing due to more feed being given.

This is because the number of heifers on farm had reduced from 137 to 98 because heifers joined the milking herd sooner therefore Mr Evans needed less grazing land and saved £13,500 on rent.

As a result of the changes, the gross margin in his heifer rearing programme increased by £6,770; in 2020 the gross margin uplift decreased due to higher feed costs, but it was still £3,450 higher compared to previous years.

Ms Tayler said there were likely to be other benefits after the rearing period as heifers that calved younger were likely to have a longer productive life.

“One study found that relative to calving at 30 months, calving at 24 months reduced the likelihood of culling during the first lactation by roughly a third (Sherwin et al 2016)," she said.

Another study suggests that heifers calving between 22-26 months are likely to produce 3,000 litres more milk in their lifetime relative to those calving between 30-34 months.

Mr Evans said he planned to maintain higher rates of feeding and will continue to weigh heifers monthly.

Regular weighing has allowed for more accurate dosing of wormers and, because heifers are being handled more regularly, lameness and other diseases are being identified promptly.

Heifer temperament has also benefitted from handling – first lactation heifers are calmer in the parlour, he added.

He said HerdAdvance was the incentive he needed to address his heifer rearing issues: “The support and encouragement gave me the confidence to make the changes."