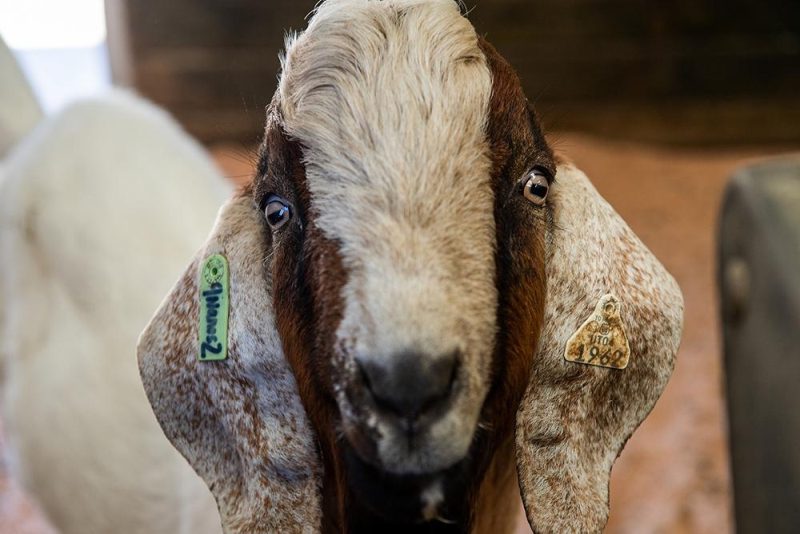 This gene-edited goat was able to produce sperm containing only genetic material from donor species (Photo: Washington State University)
Sign in to add your own press release SIGN IN Register

Scientists have created livestock that can serve as viable 'surrogate sires' - male animals that produce sperm carrying only the genetic traits of donor animals.

Researchers from the US and UK say the milestone could speed the spread of desirable characteristics in livestock and improve global food production.

A key aspect for the technique to work is that surrogates must lack their own sperm but are otherwise physiologically normal.

The animal embryos in the study were therefore sterilised by using the gene-editing technique CRISPR to disable a gene that is essential for male fertility, called NANOS2.

The animals were then able to produce sperm holding only genetic material from the donors through the novel surrogacy technique.

Sperm produced by the animals was normal and healthy, and mice were able to mate naturally and produce offspring.

The study also shows for the first time that it is possible to sterilise cattle by using genome editing on the NANOS2 gene.

Professor Bruce Whitelaw, of the Roslin Institute, said the study showed the world that this technology was real and can be used.

"Our findings could be used as a way to widely spread desirable genetic traits in livestock for generating milk, meat or fibre for human consumption.

"We now have to go in and work out how best to use it productively to help feed our growing population," he said.

"This can have a major impact on addressing food insecurity around the world. If we can tackle this genetically, then that means less water, less feed and fewer antibiotics we have to put into the animals."

The study, published in Proceedings of the National Academy of Science, was a collaboration between the Roslin Institute, Washington State University, University of Maryland and Utah State University.