Scientists look at ways farmers can move away from 'damaging' plastic 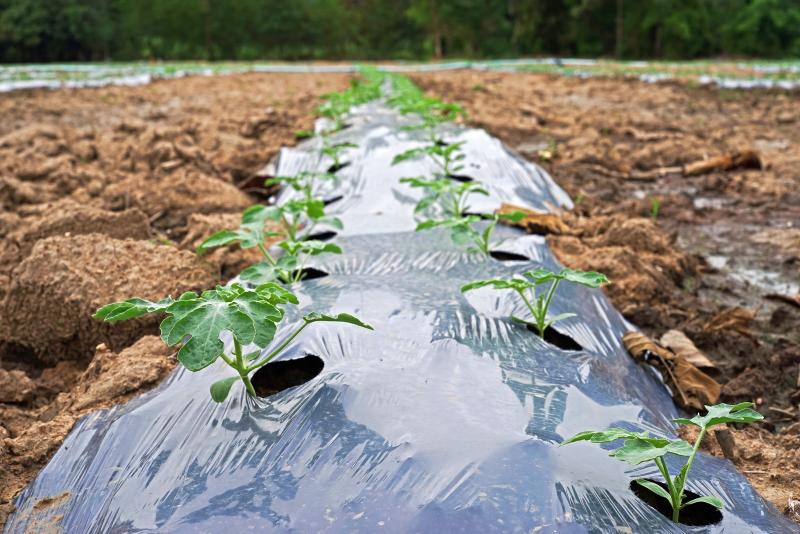 Plastic mulch is cheap to make, but there are fears that the plastic can accumulate in the soil

A research group is looking at ways to move farmers away from using potentially-damaging plastic, which could be affecting the soil and plants it touches.

Plastic soil mulch is currently favoured by farmers and gardeners, with millions of acres of farmland covered with it worldwide every year.

But scientists are now investigating alternatives to using the potentially-damaging plastic.

The team at Coventry University’s Centre for Agroecology, Water and Resilience are leading a major Europe-wide research project examining the use of some of the most controversial products in organic farming, including plastics, antibiotics, fertilisers containing animal products and copper.

They will be analysing how plastic mulch affects the soil and plants it touches, what more environmentally-friendly alternatives there are to it and the impact that these could have on land and crops.

Plastic mulch is cheap to make, but there are fears that the plastic can accumulate in the soil, as it’s expensive and difficult to remove it, and that this can lead to environmental problems.

The scientists say it may also affect biodiversity and contaminate plants, soil and water with plastic micro-particles or molecules from the degradation of fossil-fuel based products.

The Coventry team hope the results of their research will help to phase-out all fossil-fuel derived plastic in European agriculture and replace them with renewable and fully degradable alternatives.

The research project will also investigate a series of other contentious subjects in organic and conventional farming.

Dr Ulrich Schmutz, who is leading the project for CAWR said: “We have heard a lot about devastating impact plastic is having on our oceans and their wildlife, but there’s also a potentially massive problem with plastic building up in soils too.

“It’s vitally important we understand more about how dangerous it can be and find safe and suitable alternatives. These microplastics in soils may seem very small scale, but the accumulation over time and across the whole of Europe and the inland seas around it can be very large.

“The fear is that micro-plastic or molecules of plastic degradation get into the soil, ground water, animal feed and even human consumption. That is something we need to research in detail and invest in food and product which lead the way out of this.”

Prime Minister Theresa May has committed to eliminating all avoidable plastic waste by 2042 in the UK, as stated in the government’s environmental plan for the next 25-years.

One example of a rural business playing its part in eliminating plastic use is Cotteswold Dairy, based in Gloucestershire.

It is joining in the effort to crack down on plastic waste in its dairies, by using glass bottles for its milk.

The bottles can be rinsed and reused on an average of 50 trips. The dairy said milk stored in glass bottles "tastes better", too.