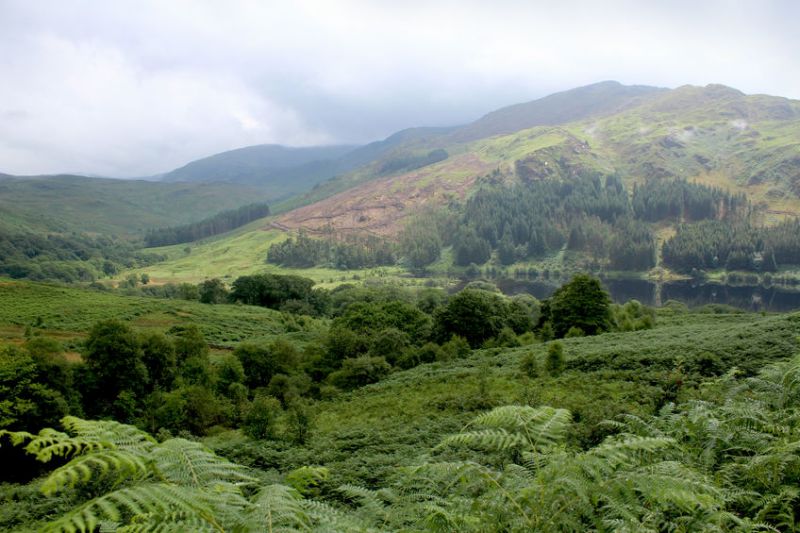 The farm, located near the Galloway Forest Park, wants to keep away from the UK's growing connectivity

A remote Scottish farm nestled deep by the Galloway Forest Park has launched a bid to keep the area cut-off from phone connectivity.

Creeside Farm, which offers customers a chance to get away from modern life, is urging the local council to protect one of the UK's most popular 'off the grid' open spaces.

The South Ayrshire farm is located in an officially designated UNESCO Biosphere, a mark which seeks to reconcile human activity with the conservation of biodiversity.

Owner of the 200-acre diversified farm business, Sarah Redman, said the ability to get away from WiFi and phone signals is a 'big selling point'.

She is now urging local authorities to prevent the introduction of 3G, 4G and 5G networks in the surrounding area.

Ms Redman said: “Improving connectivity around the country is vital to all of our daily lives but as important steps are made towards improving this in rural areas, it’s interesting to consider the impact it might have on some of our much-loved off-grid spots.”

For most farmers, digital technology now plays a central role in their businesses with the widespread adoption of the internet, mobile connectivity, apps and smart farming.

In a survey released earlier this year, 16 percent of farmers now have access to superfast broadband, an increase of 12 percent since 2015.

But for Creeside Farm, this creeping connectivity of the British countryside is bad news.

South Ayrshire Council has recently published a consultation document on planning policy for the area.

“We have responded asking that they consider introducing policy to create or protect a blackspot on the land owned by Creeside Farm,” Ms Redman said.

“This high level of protection doesn’t currently exist anywhere in the UK so what we are proposing is unique.”