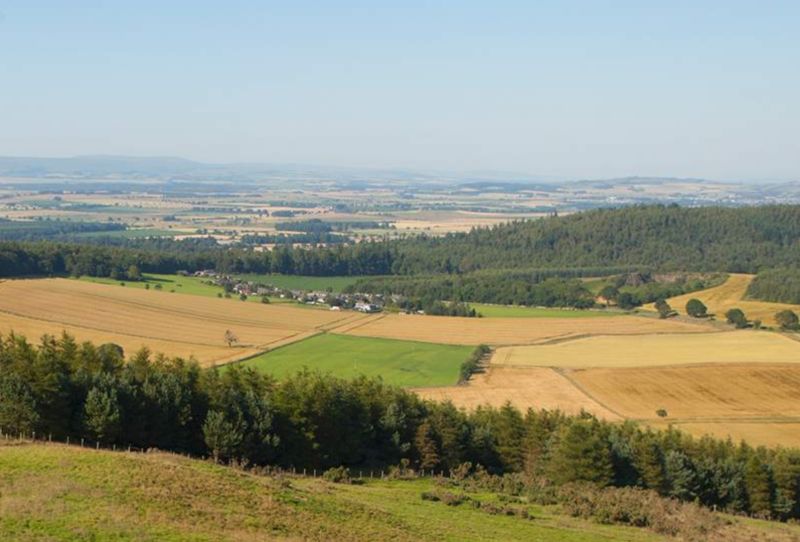 The farm comprises 34 fields and produces potatoes for its own on-site made vodka (Photo: Ogilvy Spirits)

A Scottish farming family who turn misshapen potatoes into vodka have opened a tasting room and visitor experience on their farm.

The project was developed at Ogilvy Farm, located in Angus, where the Jarrons have farmed the land at Hatton since 1910.

Oglivy potato vodka was first distilled in 2014 amid thoughts of diversification and a desire to pursue something new.

Their potatoes grow a short tractor ride from where they’re transformed into vodka.

Angus LEADER, which has a fund of over £2 million available for projects in rural Angus, awarded the farm nearly £150,000 to build a visitor experience centre.

Funded with EU and Scottish government money, it allowed a 'planned and organised response to continual casual demand for public tours of the distillery', Angus LEADER said.

First weekend done! We had a great time showing you round our new visitor centre & distillery. Thanks to everyone who visited us this weekend. We’ll be back open on Friday, pop along for a look in our shop, or book yourself on one of our tours!#distillerytours #openingweekend pic.twitter.com/xNSI34k33E

The project also allows the projected revenues from the visitor enterprise to deliver significant support to local community organisations.

Graeme Jarron, who runs the farm with wife Caroline, said: “Since Ogilvy Vodka was launched, we’ve dreamt of expanding our offering to take visitors behind the scenes and follow the journey of the humble spud from field to bottle.

“As well as being the first vodka visitor attraction of our kind in Scotland, we’re also excited to offer spirits lovers something a little bit different – we’re not your conventional distillery experience, that’s for sure.”

‘Ogilvy’ means ‘high plain’ in old Celtic, and the farm sits inland above the Strathmore valley, some 12 miles from the North Sea.

The farm comprises 34 fields ranging in size from a single hectare to 10. Around 60% of the land is used for growing potatoes.

Current potato varieties are King Edward, Maris Piper, Estima, Valor and Cultra, grown on rotation in the fields once every six years, with other crops raised between times.

Recent research from NFU Mutual has found that almost two thirds of diversified farms say income produced is ‘vital’ or ‘significant’ to their farm.

With one in five farmers planning to diversify to make farms sustainable without direct subsidies, NFU Mutual has produced a series of podcasts and an in depth diversification report to help farmers explore opportunities after Brexit.