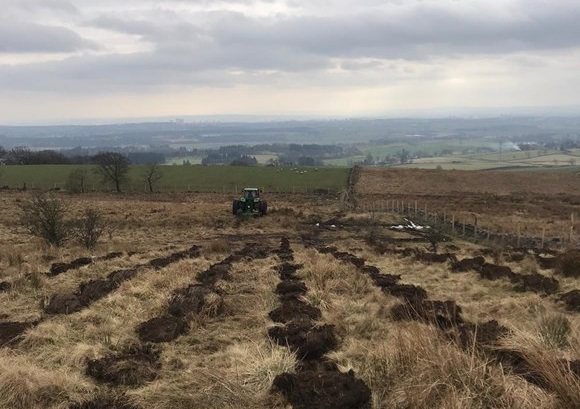 Approval for new woodland creation applications in Scotland will no longer be given on any peat soils over 10cm in depth after 1 October.

New guidance has been issued by Scottish Forestry which will require the use of 'less disruptive techniques' when preparing the ground for woodland creation.

Over the past few years about 5 percent - circa 600-700 hectares - of all new woodland creation applications in Scotland proposed ploughing as a method of ground preparation.

But a key measure to be introduced from 1 October will reduce ploughing on peaty soils, helping to 'protect these important carbon sinks which are also vital for biodiversity'.

These measures mean that Scottish Forestry will not accept any Forestry Grant Scheme applications which include ploughing on soils where peat depth exceeds 10cm.

The move follows scientific analysis of soils which found that ploughing on soils with an organic layer greater than 10cm represented a significant risk of soil carbon emissions.

This may mean the soil does not begin to sequester carbon for another 20 years or more, the analysis found.

Màiri McAllan, Minister for Environment said: "The use of ploughing to prepare ground for planting is declining but we’re determined that we should do everything we can to protect our environment and climate.

"That’s why these changes mean that approval for new applications will no longer be given on any peat soils over 10cm in depth after 1 October.

"Only less intensive cultivation techniques will now be approved."

Scottish Forestry says the guidance has been developed after extensive consultation with a wide range of relevant stakeholders over the past two years.