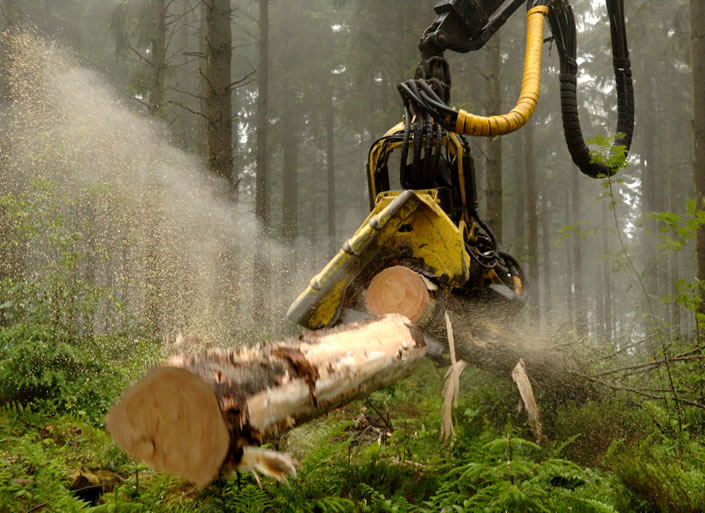 Scotland's timber industry is going from strength to strength as this year's timber harvesting is the highest ever recorded.

The most recent figures for 2011 show seven and a half million cubic metres were harvested - up half a million on the previous year.

At the same time, Scotland's sawmillers were producing seven per cent more sawn timber with much of it being sent to markets in England.

"In a difficult global economic environment this is excellent news and goes to show that Scotland's forestry sector is in robust good health.

"As a mainstay of our rural economy, forestry plays a vital role in safeguarding communities and businesses across the country - and is increasingly winning a bigger stake in the domestic and international timber markets.

"The other good news is that Scotland's forests are maturing and over the next 10-15 years we expect to see further increases in harvesting. This should result in a steadier supply and bigger volumes of timber produced from Scotland's forests.

"This is an excellent position from which to build a stronger sector in the years to come."

The forestry sector contributes £670 million each year to the Scottish economy and supports around 31,000 jobs, mainly in rural areas.

"Timber is a successful industry of which Scotland should be proud. It is indigenous, low-carbon and, if future supplies of wood are secured, has the potential to attract continued investment and deliver even more growth and jobs."