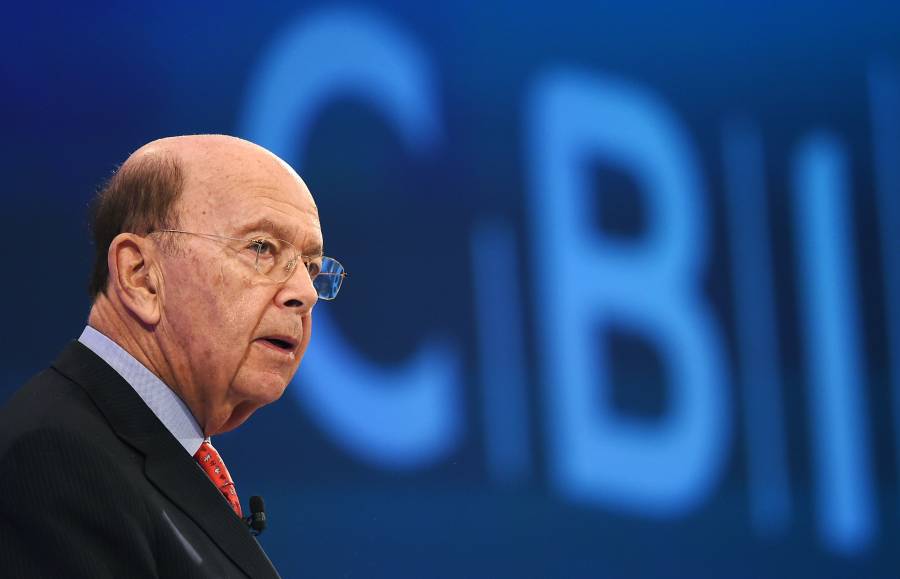 A senior business representative to President Donald Trump has warned that the British public may have to accept chlorinated chicken as part of any trade deal between the UK and the US.

Wilbur Ross, the US commerce secretary, said any trade deal between the two countries would need to scrap rules that were set by Brussels.

Mr Ross, speaking at the Confederation of British Industry annual conference in London on Monday (6 November), said European regulations governing the safety of imports such as chlorine-washed chicken ignored US scientific research.

He said changing these regulations will form a “critical component of any trade discussion,” and urged the UK to take measures to remove “unnecessary regulatory divergences” with the US.

He warned that the close relationship the UK and US enjoy may be strained if the UK doesn't get rid of the EU's laws on food safety.

Mr Ross also said it was important for the UK’s deal to leave the EU to take into account America’s “commercial interests”. He said that Trump was “very supportive” of a trade deal between London and Washington.

Indeed, Trump has said he wants US agriculture to have more access to British markets after the UK leaves the EU. He has previously criticised the EU's trading relationship with the US on food products.

He said American farmers "can't deal" with the EU as they are "very, very protectionist."

However, Wilbur Ross explained that the UK would need to change rules in areas such as food safety, a move which many British farmers do not welcome.

He also said Geographic Indicators on food products, such as Gloucester Old Spot and Stilton cheese, is a “key impediment” to expanded trade.

The comments are likely to pour more fuel on the fire ignited by Trade Secretary Liam Fox, who has previously said allowing chlorinated chicken into the UK should be part of a trade deal with the US.

But despite assurances to the British public and farmers from Defra Secretary Michael Gove, Mr Fox has recently said there are "no health reasons" why British consumers could not eat chlorinated poultry. He added that “most salads in our supermarkets” are washed in chlorinated water already.

Farmers have a big concern with allowing lower-standard chlorinated chicken to be imported into the UK, effectively undercutting home produce made to higher standards.

Indeed, a report warned of the potential increase in cheaper, lower standard food imports to the UK which could put British farmers at a competitive disadvantage.

US trade representatives and industry experts are due to hold a second round of “preliminary scoping discussions” in London next week, after the first meetings in Washington in July.

Mr Ross explained: “As the UK stands on the edge of the major changes coming with Brexit, we stand ready to use this opportunity to support our friends across the pond and to deepen our ties even further.”

US Agriculture Secretary Sonny Perdue arrived in the UK in October to meet with Michael Gove and the Environment, Food and Rural Affairs Select Committee (EFRA) to talk farm trade.

Mr Perdue said it is too early to go into too much detail on future trade potential, but he added British lamb could be a big winner for American consumers.

“We think probably the UK is ahead of us in lamb and sheep production. There is big demand to have access to the U.S. market in those products,” he said.