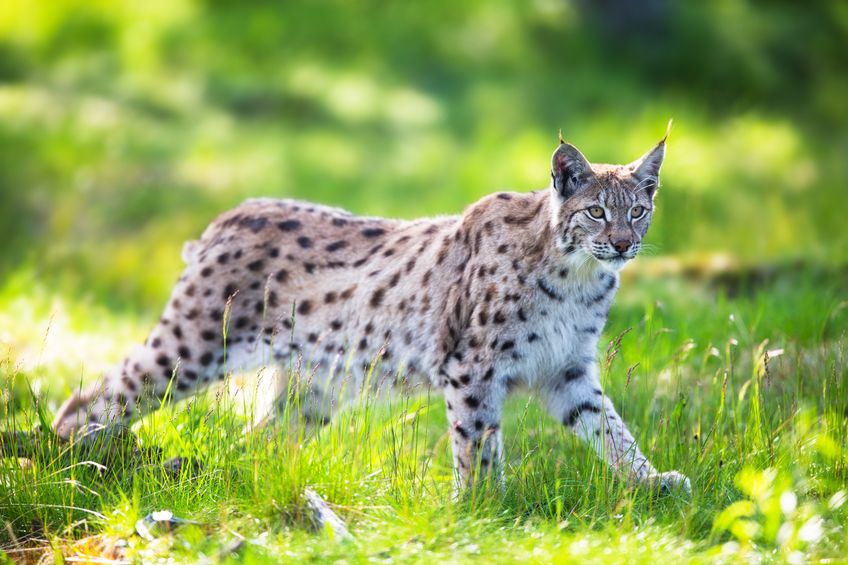 Sheep farmers have again warned of the consequences of releasing lynx into the countryside as campaigners are set to unveil a second bid to reintroduce the animal.

Lynx UK Trust is gearing up to launch a new attempt to re-wild the Eurasian lynx in Kielder Forest, Northumberland two years after Michael Gove rejected the first proposal.

The then-Defra Secretary said it did not meet the necessary standards set out in the International Union for Conservation of Nature (IUCN) guidelines.

The application was the first ever made in the United Kingdom for the species to be re-introduced.

Lynx UK Trust said that reintroducing the predator would bring benefits such as helping to control and reduce the UK’s over-populated deer numbers, reduce damage to forests and improve habitat for smaller animals.

The charity has announced that online consultations for its new rewilding attempt are due to be held this month.

However, sheep farmers have frequently criticised the proposals, as after more than 1,000 years of extinction, the UK's natural life would not be prepared for the lynx.

Responding to the new proposal, the National Sheep Association (NSA) told the I newspaper that it would be surprised if it was a success.

"At a time when Defra will be conscious of the importance of encouraging farmers into new environmental schemes, I can’t see that they would jeopardise this by permitting a dangerous predator to be released," said Phil Stocker, NSA chief executive.

He also said it would be 'immoral' to release lynx in England, and close to the Scottish border, without the express support of the Scottish government.

“Whether you look at this from an environmental, animal welfare, genetic sustainability, or rural economics perspective it would not be truly sustainable to have these predators running loose in our countryside."

The sheep sector's main concerns surround the welfare of livestock if any new predator is released into the British countryside.

In 2016, a UK farming delegation visited Norway to hear of the devastating consequences that rewilding has had on the local industry.

During that year, Norwegian authorities paid out compensation on nearly 20,000 sheep lost to predators, farmers heard.

The NFU’s opposition has always been underpinned by concerns about the impact lynx could have on the welfare of livestock.

When Lynx UK Trust's first attempt was rejected in 2018, the union said it was an 'enormous relief' to farmers in the Kielder Forest region.