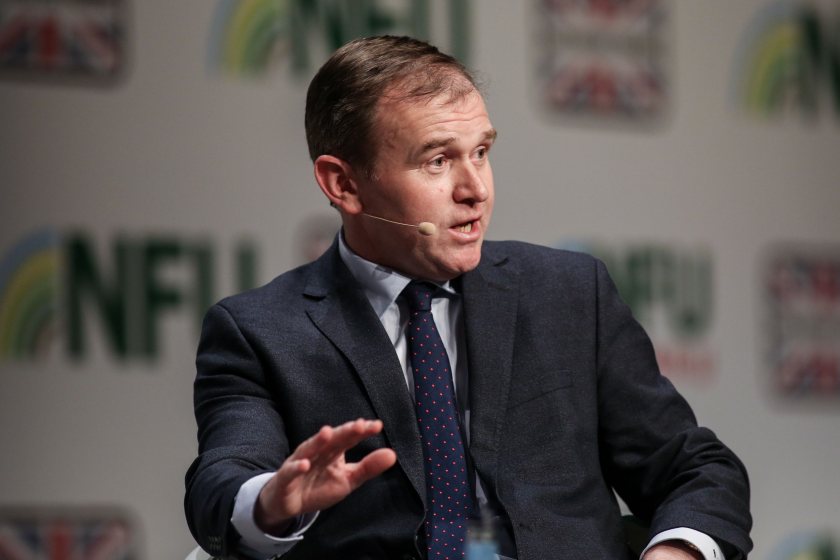 Sheep producers have told the government to get a 'better understanding' of their sector after the Defra Secretary said 'mixed farmers could always diversify into beef' following no-deal.

George Eustice's comments, made on the Andrew Marr Show on Sunday (15 November), have been met with 'shock and anger' by the UK sheep sector.

The Secretary of State was questioned by BBC host Andrew Marr on the subject of UK-EU negotiations, Brexit trade deals and likely tariffs.

The sector would be subject to EU third-country tariffs in the event of a no-deal scenario, making it uneconomical for the UK to supply sheep meat to the bloc.

The National Sheep Association (NSA) said Mr Eustice's comments on the show had 'angered many sheep farmers' as he 'failed to identify the unique and varied nature of sheep enterprises'.

"To begin with, to suggest that many of our sheep farmers are mixed farmers is wrong," said NSA Chief Executive, Phil Stocker, who added this would 'enrage' those who had structured their farms to focus on sheep.

"It will antagonise our devolved nations where the landscape includes more remote areas especially suited to sheep, and where buildings, machinery and farm infrastructure simply would not suit a sudden switch to cattle farming," he said.

“The fact we have many sheep farmers, especially younger farmers and new entrants to the sector who run their sheep on arable farms and on short term grass lets was completely ignored – simply switching to cattle would be impossible for them."

Mr Stocker added: "His comments could either be part of creating a ‘we don’t care’ attitude to bolster trade negotiations, or, and this would be highly concerning, that it exposes an underlying willingness to see our sheep industry go through a restructure to reduce its size, scale and diversity.”

In the interview, the Secretary of State did admit that the sheep sector would be one of the hardest hit if a deal cannot be secured in the next few weeks.

But the NSA said it was 'increasingly concerned' to see that of all negotiations on non-EU trade deals, those progressing at pace were with New Zealand and Australia - major sheep producers.

It highlighted worry that these deals would offer no market opportunity for the sector, and instead would pose the 'greatest risk' to the UK’s sheep farmers.

Mr Stocker added: “Our sector is in a great place to benefit from a growing global demand for sheepmeat.

"Sheep farmers work hard to supply a product that is predominantly ecological agriculture in nature, fed on grass and part of the creation of our iconic countryside.

"To allow British sheep farming to potentially be permanently damaged because the transition agreements to enable us to change to a different global supply chain aren’t put in place would be an act of negligence on behalf of our government.”