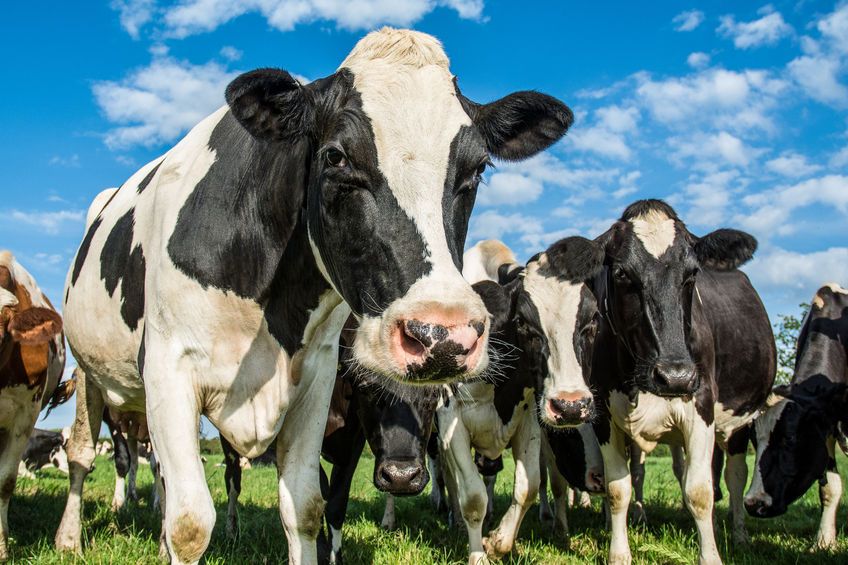 In UK dairy herds, up to one-third of cows are affected by disease or reproductive failure

A simple blood test could be used in the future to predict the health and productivity of dairy cows, research shows.

Testing female calves for molecules in the blood – called microRNAs – could help predict their likelihood of developing disease, scientists say in research published in Scientific Reports.

Scientists have found that the blood levels of certain microRNAs change dramatically during the early life of cows.

Some of these blood molecules are associated with diseases such as lameness and mastitis – inflammation of the udders – as well as with milk production.

Researchers at the Roslin Institute and Scotland’s Rural College (SRUC), who carried out the study, say a procedure to identify calves that are likely to have problems later in life would benefit the dairy industry and improve animal welfare.

Levels of microRNA can be easily analysed in lab tests, and used to assess changes in tissue function. This approach is already being applied to disease diagnosis in humans.

In UK dairy herds, up to one-third of cows are affected by disease or reproductive failure, which incurs huge costs to farmers.

Dr Xavier Donadeu, of the University of Edinburgh’s Roslin Institute, said: “As shown in previous studies, these results demonstrate that blood testing for microRNAs may be very useful as diagnostic tools in dairy cows and potentially other livestock species.

“They could allow for early selection of the healthiest animals in a herd in order to aid productivity and animal wellbeing.”

Professor Georgios Banos, of the SRUC added: “This work was funded by SRUC as a strategic topic of priority. We are investing in scientific research on the development of practical solutions for the improvement of livestock and farm practices.

“We are already designing collaborative follow-up projects and we look forward to exciting new outcomes.”