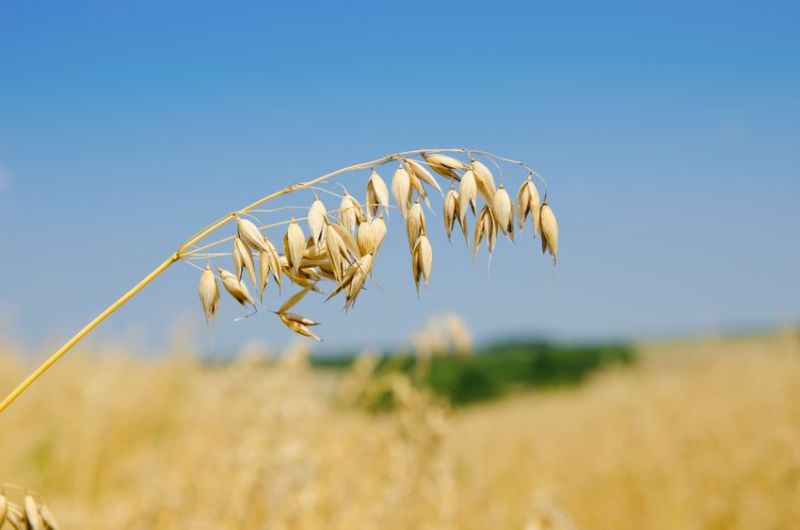 The group recognised that, while oats are naturally gluten free, there was no oat assurance scheme that guaranteed that oat storage post-harvest and milling facilities hadn’t been contaminated with gluten from other cereal grains.

“It’s a relatively new technology in the agrifood sector, and although a few global food manufacturers have investigated its use, there have been few projects linking it back to farms,” he said.

As part of the project, Mr Mayfield approached Wallet Services, an Edinburgh-based technology business to map the oat growing and post-harvest storage process.

Their team used existing data and farm documentation, including field records, storage documentation and photographs taken from the farms to create what’s known as the ledger.

Mr Mayfield said: "This project is the first step in developing this innovation - we are now working on the automation of data collection and the user interface.

“What’s central to Blockchain is that the information within the audit trail gives full traceability and assurance which ensures complete trust in the supply chain, as well as earning farmers associated crop premiums.

"It also guarantees that the confidentiality of individual farmers’ data and that all records are tamperproof.”

He added that, when it comes to assurance audits, Blockchain made it easy for supply chain partners, assurance bodies and consumers to find out where and how the oats were grown.

On the back of the RISS group findings, it gave two farmers the confidence to invest in an oat processing mill.

Andrew Booth of Savock Farms, Newburgh, and the Dams family of Craigie Farm, Whitecairns, have completed the facility located at Savock.

It will process the farmers’ combined annual production. The first pallet of product was despatched last week for customers to sample.

Andrew Booth said: “This is a state-of-the-art plant and we understand it to be one of only two dedicated gluten-free plants in the UK, and the only one in Scotland.

“Our simple idea is that someone will be able to pick up a packet of oats in the supermarket, scan a QR code, and see a whole dashboard of information tracing the oats’ journey from farm to shelf.

"As farmers we want to produce a premium product that the customer wants,” he said.

The ledger is simple to use according the farmers. All of their records, from shed-cleaning to crop-spraying and harvesting are digitised and can be interrogated by anyone with access to the system.

“It has made recording simpler and provide a means of providing enhanced levels of assurance with respect to food safety and provenance,” Mr Booth said,

Paul Mayfield added that using Blockchain gave consumers absolute assurance about the provenance and traceability of their oats, whilst also giving the farmers a differentiator to earn a market premium.

“If we can do it for oats, we could ensure the same traceability for potatoes, or soft fruit, organic produce or anything we like.

"And it tilts some power in the supply chain back towards the producers,” Mr Mayfield said.