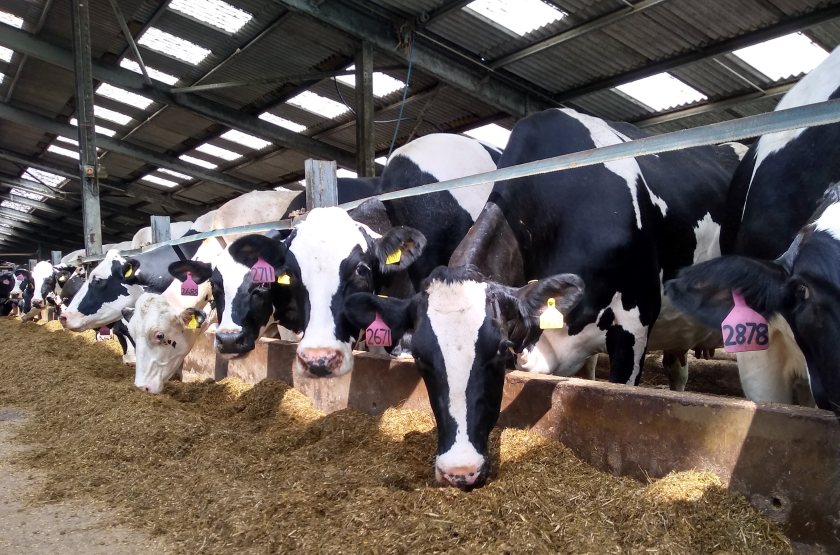 Growing soya alternatives may offer opportunities for UK farmers as retailers begin to shun the crop due to their commitments to end deforestation in the supply chain.

With soya sustainability a growing concern for consumers and retailers, SAC Consulting, part of Scotland’s Rural College (SRUC), has been exploring the use of alternative proteins in dairy feed rations for farmers looking for high-performing substitutes.

Marks & Spencer recently announced that it is banning the use of soya from the production of its milk due to deforestation concerns, and others may follow suit.

And this year, SRUC removed soya from three of its dairy herds and analysed the impact of protein alternatives on their productivity.

Lorna MacPherson, dairy consultant with SAC Consulting, said farmers should not be afraid of not using soya in their rations.

"There is now plenty of evidence and trials being conducted showing that protected rapemeal is a viable alternative to soya and can be used with no detriment to milk yield or quality.

“We monitored output over three months with our data showing that there wasn’t much change in milk output or milk composition after excluding soya from their diet.”

Three feed blends were reformulated without soya and were designed to have the same level of protein, bypass protein, and energy content as the soya-based blends.

Protected rapemeal is where conventional rapemeal is treated, either by a heat or chemical process to increase the bypass protein content, lowering its digestibility in the rumen and increasing the proportion that passes through the rumen intact for digestion in the small intestine.

It also increases the availability of the essential amino acids lysine and methionine to the small intestine, which can benefit milk yield and milk protein content.

There are many protected rapemeal products available which have a similar or greater bypass protein content to that of soya.

These blends are designed to balance the high-quality grass silage and the option of the three different blends provide flexibility on what blends are fed to different classes of stock, depending on protein levels in the forages and the amount of concentrates fed.

Ms MacPherson said: “Although both conventional and protected rapemeal are cheaper per tonne, farmers will have to feed more of these alternatives to reach the same protein content in the diet when replacing soya.

"A downside is that this means there is less space in the ration to use your own forage or cereals – in some sense, soya is a space saver."

She added that not all soya production was bad, despite a public perception that vast areas of rainforests were being cleared for its production.

"This is not always the case and soya can be sourced that is certified responsible with zero-deforestation assurance," she said.

"However, with a growing environmental lobby and bold ambitions from retailers, growing soya alternatives may offer opportunity for farmers in Scotland.”