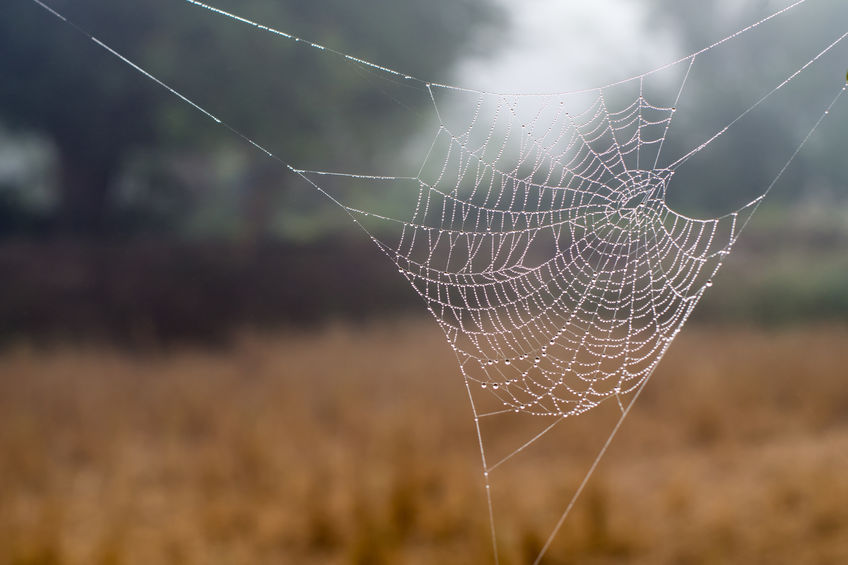 Certain species of spiders and parasitic wasps, which play an important role in bio-control of crop pests, produce venoms that are toxic to a range of insect pests

A major new project will see the use of spiders' natural toxins to offer a more sustainable approach to crop protection by reducing chemical inputs.

Many current chemical pesticides, such as neonicotinoids, are under increasing regulatory scrutiny due to the damaging environmental effects they can cause.

However, the use of natural biopesticides, based on natural toxins found in species of spiders, will be used in the new project.

Certain species of spiders and parasitic wasps, which play an important role in bio-control of crop pests, produce venoms that are toxic to a range of insect pests while being non-harmful to humans and other mammals.

The project will produce proteins at pilot scale via a yeast expression system, which will be isolated and formulated to provide a substantial resource for agricultural field trials of the new biopesticide.

These compounds are potent toxins when injected into pest insects by the spider, or wasp, however, when orally ingested, this toxicity is not observed as the toxin cannot pass through the lining of the gut to their target site of action.

To address this, researchers at Newcastle University have combined these toxins with naturally occurring proteins, such as a lectin from the common snowdrop plant, which acts as a ‘carrier’, allowing them to pass through an insect’s gut and kill the pest.

Collaborating with the university, specialists at the Centre for Process Innovation (CPI) will produce these proteins at pilot scale via a yeast expression system.

The proteins will then be isolated and formulated to provide a substantial resource for the agricultural field trials of the new biopesticide, which are set to begin in 2021.

The products created through this five-year international trial, which is funded under the EU Research and Innovation Horizon 2020 initiative and consists of 24 partner organisations, hopes to deliver benefits to farmers, biodiversity and wider society.

“Having the opportunity to collaborate with subject matter experts from across Europe excites us, and we thoroughly look forward to using our expertise to add value to such an ambitious project,” said Jason Rose, CPI Project Manager.

“We are proud to have been named as a partner within such a large European-wide consortium.”