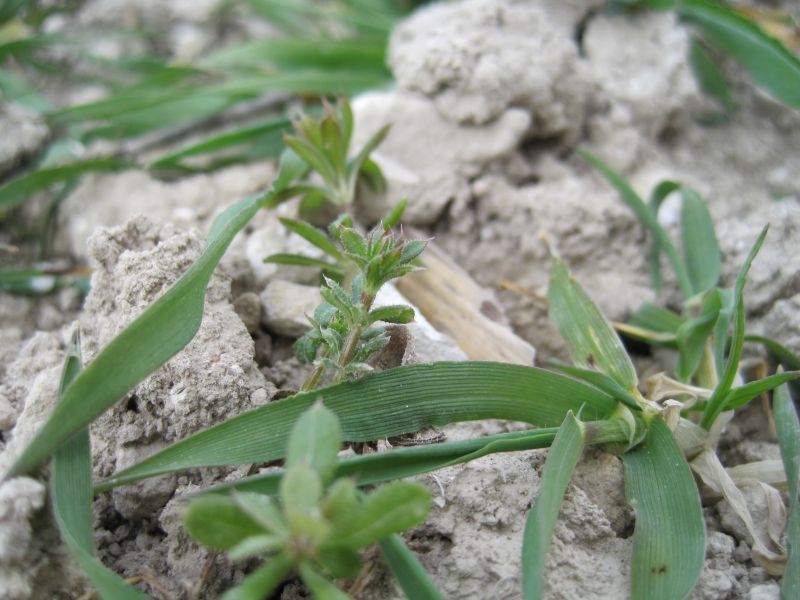 Cleavers can be a real yield robber in cereal crops

Farmers abandoning winter cereals and switching to spring wheat and barley have been told to pay attention to broadleaf weed control if they are to prevent significantly reduced yields.

For many arable farms, fieldwork taking place over the next few weeks will have more of a focus on spring cropping than it has done for many years.

Corteva Agriscience is advising that effective weed control should not be overlooked in what looks set to be an extremely busy season for UK farmers.

Alister McRobbie, product manager at the firm, said: “The very wet autumn and winter has led many growers to abandon the remainder of their winter cereal drilling and opt for spring-sown crops instead.

“We saw about 900,000 hectares of spring barley planted in 2013 but we could see as much as one million hectares go in the ground this year if the switch is as profound as some predict.

“Where spring cereals aren’t the norm, farmers should be mindful that different weed control strategies are required,” he said.

“Broadleaf weed species are more likely to pose a threat to yield and a problem at harvest than grassweeds.”

Where annual meadow grass is a problem, farmers often use tried and tested, well-established residual herbicides.

However, these won’t control all the key broadleaf weeds and a number of important species, such as cleavers, cranesbill, poppy, fat hen, black bindweed and fumitory will come through a residual application.

A follow-up contact herbicide is therefore recommended, depending on species present.

Crops established with shallow disc cultivations before drilling in early spring could transplant large, over-wintered weeds into crop rows, which will readily re-establish.

These larger weeds will be much harder to control as they are unaffected by any residual herbicides used, so a contact product will be required.

“In spring cereals Zypar can be applied from 1 February to 30 June, up to and including growth stage 45 of the crop.”

Where a mix of broadleaf weeds and grassweeds need controlling in spring cereals, growers could use Arylex-based products Pixxaro or Zypar plus Broadway Star (pyroxulam + florasulam) to control wild oats and a wide range of broadleaved weeds.

In late-sown winter cereals, Pixxaro at 0.375L/ha plus Broadway Star can be used to control both grassweeds and broadleaved weeds from 1 February to growth stage 23.

Tank mixing with plant growth regulators, fungicides and trace elements will help reduce the number of sprays applied to crops in the busy spring period.

This will be especially helpful with the expected increase in spring drilling work.

In Scotland, Broadway Star is likely to be the contact herbicide of choice on either winter or spring cereals, due to its effective control of ryegrass, brome, oats, and range of broadleaf weeds.